People from all walks of life and beliefs, united in their wish to
honour organ donors, are encouraged to come together for the
IRISH KIDNEY ASSOCIATION
35TH ANNUAL SERVICE OF REMEMBRANCE AND THANKSGIVING
which will be broadcast on RTÉ
ON SUNDAY, 15TH NOVEMBER 2020 AT 11AM. 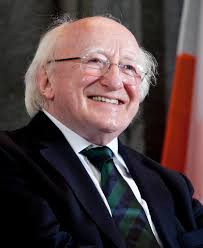 This will be the first time for the INTER-DENOMINATIONAL Service to go virtual, transitioning from a previously large in-church congregation of 2000+ to a broadcast production by KAIROS COMMUNICATIONS which will feature on RTÉ ONE AND RTÉ RADIO ONE EXTRA _(LW252_). It can also be viewed on RTÉ Player www.rte.ie/player [1] and the Irish Kidney Association’s website www.ika.ie [2]

The Irish Kidney Association promises a truly special and poignant Service for people of all BELIEFS which is laced with beautiful music and symbolic processions, readings and messages from the PRESIDENT OF IRELAND MICHAEL D. HIGGINS, MOST REVD. DR. MICHAEL JACKSON, Archbishop of Dublin and Bishop of Glendalough, and MOST. REV. DIARMUID MARTIN, Archbishop of Dublin. Also involved are celebrated members of society who are all invested in acknowledging deceased donors and their legacy, the gift of life.

This Service is a mixture of sadness and joy for the families of organ donors and transplant recipients alike. For many donor families this unique annual Service has become an anniversary to both remember their loved ones, and for transplant recipients, the opportunity to honour and give thanks for the wonderful ‘gift of
life’ they have received.

The Irish Kidney Association is asking the public to actively participate in this years’ Service, especially during the very symbolic SERVICE OF LIGHT ceremony, when it is hoped that, in households the length and breadth of the country and beyond, a candle will be lit in memory of deceased donors who gave the gift of life. This ceremony will be led by two members of the successful TRANSPLANT TEAM IRELAND, liver transplant recipient Deirdre Faul and Team Captain Harry Ward, a kidney transplant recipient.

The BOOK OF REMEMBRANCE, a ‘Roll of Honour’, has been an integral part of the Service since its inception with the names of organ and tissue donors carefully inscribed by calligrapher Annette Daly from Glenageary, Co. Dublin for the past 35 years who features in the event.

This years’ Service includes a special message from the PRESIDENT OF IRELAND, MICHAEL D. HIGGINS, Patron of the Irish Kidney Association, which pays homage to deceased organ donors and their families. Grateful transplant recipients including heart, lung, liver and kidney, and members of deceased organ donor families, have been filmed carrying out various symbolic roles for the pre-recorded Service.

There is a special inclusion from the Circle of Life Commemorative Garden for organ donors in Salthill, Galway with ELEANOR SHANLEY singing accompanied by classical guitarist JOHN FEELEY. They are watched on by the Garden’s creators, Martina and Denis Goggin, the parents of a deceased donor, and some grateful transplant recipients.

Among those filmed at Newman University Church, is SALLYANNE CLARKE, the mother of deceased donor Andrew who was baptised in the same church. Sallyanne and her husband Derry run the Michelin star L’Ecrivain Restaurant in Dublin. ALAN FINNEGAN delivers a testimony about the profound impact of the passing of his late brother and deceased donor PAUL, THE CELEBRITY CHEF, who passed away in 2014 less than a year after he famously prepared a meal for MICHELLE OBAMA when she visited the family pub in Dalkey, Co. Dublin.

Speaking in advance of the Service, IKA HONORARY NATIONAL CHAIRMAN, COLIN MACKENZIE, explained, “This Service embraces people from all walks of life and of all religious beliefs including humanists. It is a hugely important event on the annual calendar for many donor families and transplant recipients as well as for the wider community including donor and transplant coordinators and medical, surgical and nursing staff. We are confident that our first virtual Service provides a worthy and fitting replacement to the traditional church event that has been taking place since 1986. We sincerely hope that people from at home and abroad will tune in to RTÉ at 11am on Sunday, 15th November and light a candle during the Service, which was filmed in the magnificent setting of Newman University Church together with other locations, amid Covid 19 restrictions.”

The concept for the Service evolved from a grieving organ donor mother who contacted the Irish Kidney Association in their first office in Monkstown, Co. Dublin. The mother expressed her distress and sadness that her son’s organ donation had never been acknowledged. At the time there was no system in place at the Old Jervis Street Hospital to acknowledge and thank organ donors and their families. In consultation with the then newly appointed National Transplant Co-ordinator, Phyllis Cunningham, it was decided that a Service be held to publicly acknowledge and recognise the courageous generosity of organ donors and their families. The inaugural Service, in 1986, had an attendance of 300 people in St Mary’s Church, Haddington Road, Ballsbridge. Since then, the numbers have increased annually with an attendance more than 2000 people now attending from all over Ireland.

ORGAN DONOR CARDS CAN BE OBTAINED BY PHONING THE IRISH KIDNEY ASSOCIATION ON 01 6205306 OR FREE TEXT THE WORD DONOR TO 50050. YOU CAN ALSO VISIT THE WEBSITE:
https://ika.ie/get-a-donor-card/
OR DOWNLOAD A FREE ‘DIGITAL ORGAN DONOR CARD’ APP TO YOUR PHONE. YOUR WISHES TO BE AN ORGAN DONOR CAN ALSO BE INCLUDED ON THE NEW FORMAT DRIVING LICENCE WHICH IS INDICATED ON THE BACK OF THE CARD BY CODE 115.