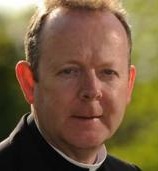 Archbishop Eamon Martin has called for a review of sex education in Irish Catholic schools.

“A review of relationships and sexuality education in all schools, including our Catholic schools, is essential if we are to help young people cope with the risks to their health and well-being presented in both the virtual and real worlds they inhabit,” said the Archbishop – on Thursday May 3rd, 2018.

The archbishop was speaking in response to the recent (18 April) second stage debate in Dáil Éireann on the Provision of Objective Sex Education Bill 2018. He observed that in that debate:

“The approach of Catholic Schools to Relationships and Sexuality Education was variously described by some as “backward”, “grossly distorted”, not “objective”, non “factual”, and even biologically incorrect. It was argued that relationships and sexuality education has to be “non-ethos based”. These negative perceptions of the approach to relationships and sexuality education in our schools will sound unfair, harsh, uninformed and agenda-driven to many parents and to those who have been sensitively working in this area within our Catholic schools.”

That a Catholic Church review of sex education should include consideration of sexual orientation and gender issues is made clear in the following passage from the Archbishop’s address:

“In light of much public discussion about LGBT and gender issues, it is important that we, in Catholic schools, also evaluate the support offered to students who are facing new and deep questions relating to their sexual identity as they mature.”

Click here to read the Archbishop’s complete address in Galway.