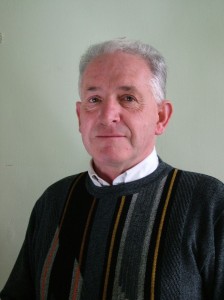 In light of comments from Fr. Tony during the week which clarified the chronology of events and the
role of the CDF in the controversy in recent months the ACI deemed it appropriate to address an
‘open letter’ to the Papal Nuncio which is also published below:

We, the members of the Steering Group of the ‘fledgling’ Association of Catholics in Ireland [ACI],
view with great sadness the impasse which has developed between Fr. Tony Flannery and the
Congregation for the Doctrine of the Faith [CDF]. In this week of prayer for Christian Unity, when
Catholics are encouraged to enter into dialogue with members of other churches, it seems
extraordinary that the CDF has refused dialogue with one of our own priests. We have sympathy too
for the leaders of the Redemptorists in Ireland and abroad in the dilemma in which they have been
placed.
The position of the Irish bishops is not known. Since they have insisted on the right of politicians to
follow their consciences in a free vote on the abortion legislation issue, surely consistency and
coherence must demand that they champion the right of a priest to follow his conscience? As the
present Pope, then Cardinal Ratzinger, wrote: “Over the Pope as the expression of the binding claim
of ecclesiastical authority, there still stands one’s own conscience, which must be obeyed over all
else, if necessary even against the requirement of ecclesiastical authority.” (Commentary on Section
16 of Vatican II’s Pastoral Constitution on the Church in the Modern World.)
We wish to express our full support for the stance of Fr. Tony Flannery in refusing to sign, under
threat of excommunication, a document which would contravene his own conscience. His views may
not be shared by all, but they were formed over four decades of walking with, and listening to, Irish
Catholics, and as such deserve at least to be heard and discussed. We therefore appeal to the Papal
Nuncio to use his good offices to facilitate a process of dialogue and reconciliation.
Yours, etc.
Jacqueline Nelson
Tony Corcoran
Patricia Higgins
Martin Murray
Cathy Molloy
Tom Curran
Noel McCann