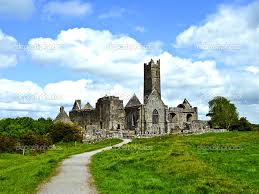 The Killaloe Forum on the Diaconate, [now known as ‘Seeds of Hope’] – which successfully challenged the introduction of the permanent diaconate [open to males only] in the Diocese of Killaloe – has decided to affiliate with the Association of Catholics in Ireland [ACI]. 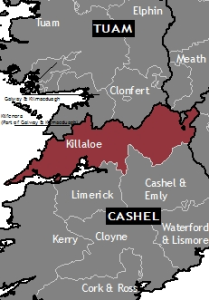 The Killaloe Group, led by a number of women who played an active role in the drafting of the Diocesan Pastoral Plan, called a meeting in Drumoland on the 15th September 2014 to discuss the introduction of the permanent diaconate in the diocese and received widespread support from a crowd estimated to be in the region of 200 people. Meeting subsequently the organisers decided to establish a permanent group and to call the group ‘Seeds of Hope’ – a reference to the Killaloe Diocesan Pastoral plan, ‘Builders of Hope’.

A spokesperson for the ACI said “the Association of Catholics in Ireland is delighted that the ‘Seeds of Hope’ leadership team have decided to establish links with the ACI”. The spokesperson went on to say “the Killaloe Women have taken a very courageous stand and are a great example of how people who are active within the church must be prepared to speak out and make their views known. After all isn’t this what Pope Francis is calling on us to do – speak out courageously and without fear”.

Commenting on the development, Martina Meskell, one of the founding members of ‘Seeds of Hope’, said “Kathleen, Mary, Rita and I are very excited about our affiliation with ACI”. Our group’s vision is for “an inclusive Church where the Spirit of the Gospel is allowed to breathe through the voices of all the baptised. A Church where laity, religious and clergy work in collaborative ministry, and education and opportunity go hand in hand to enable each person’s talents and gifts to be utilised to the full”.

Martina added that ‘Seeds of Hope’ recognises the need “to identify, train and form people for Ministry in our Church so that Christian communities may be fostered and developed into the future. Our aim is to help bridge the gap between the Christian message and our western culture”.