Killing of Fr Jacques Hamel in Normandy: A ‘New Frontier’ for the Church? 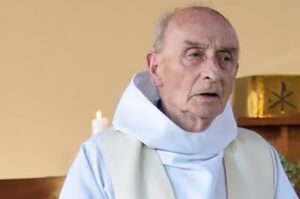 ‘Absurd.’  This comment by Pope Francis’ spokesperson on the brutal slaying of an elderly French priest is translated by the Manchester Guardian’s correspondent in Rome as ‘having no meaning’.  Is this intended to counteract Catholic anger against Islam per se?

Like all such events this murder calls for the deepest prayer, bringing even nearer to Ireland as it does the horrors occurring almost daily this summer in a region we see as ‘next door’.

To read the Guardian‘s assessment of how this event may impact on Catholic relations with Islam, and on the already challenged morale of Catholic clergy everywhere, click here.