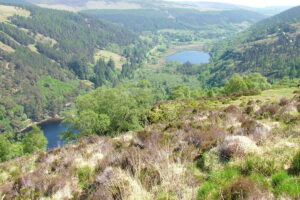 John Kelly welcomed people to the meeting. He also welcomed Noel McCann, Chair of the Steering Group of ACI Ireland, who would introduce ACI later.

John then briefly outlined the purpose of this ACI local initiative within the context of the current drive towards Church Reform and Renewal. Referring to Pope Francis’s encouragement of us to participate in the Synod on Family Life as fundamental to Reform and Renewal at this time, he suggested Family as a topic for the evening’s discussion. He left open the question of whether this was to be a one off meeting or the launching of a series of meetings within the compass of ACI.

Teresa Mee led us with a moment of silent pause and short prayer. She then circulated a series of photos which stimulated our reflection on Family Life today. We then individually commented on what the photos brought up for us and a lively discussion took place highlighting the following:

The Objectives of Association of Catholics in Ireland (ACI)

Noel McCann, Chair of the ACI Steering Group, then spoke on ACI. He thanked John and Teresa for their initiative and said that these local gatherings are exactly the type of meeting which the ACI is encouraging members to organise – gatherings which will facilitate and empower the lay faithful to discuss the issues at the heart of the current crisis in the church and encourage them to consider what role they can play in tackling these issues.

He spoke about the background to the establishment of the ACI, tracing the history of the Association of Catholic Priests [ACP] and the influence the formation of this association had on the lay reform movement leading to the emergence of the ACI in May 2012 and the formal launch of the new lay association in May 2013.

In particular he referred to the various meetings around the country in 2012-2013 organised by the ACP and the ACI and the consistency in the comments of those in attendance including a real concern for the future survival of the church, the role of women in the church, the impact of the shortage of priests and how to attract young people back to active involvement in the church.

The late Cardinal Tomas O’Fiaich, speaking in 1987, suggested that It was time to awaken the “Sleeping Giant that is the laity”- surely, Noel said, this awakening is long over- due. He reminded us that we had a chance to reform our church in the post Vatican II era but that opportunity was lost. We must not allow the same to happen again now that we are being given a ‘second chance’.Noel then spoke about the opportunity for change under the leadership of Pope Francis and the importance of grasping this unique opportunity to position the lay faithful at the heart of the dialogue on the future of the church.

Decisions taken by the Group

The group then discussed the next step and decided that:

Date of Next Meeting

Early July subject to availability of Portacabin at St Fergal’s