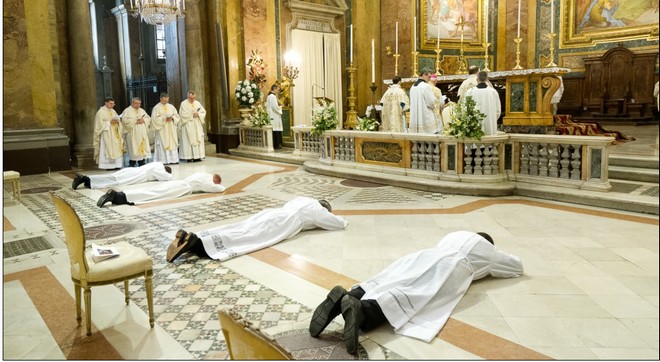 Are most of us without a ‘vocation’ to ‘the Christian life’? Dr Thomas O’Loughlin protests this mistaken understanding of ‘Vocations Sunday’ – as revealed by the global Covid-19 Crisis of 2020-21 – and calls for a different way of understanding and celebrating the day.

A couple of Sundays ago we marked ‘Vocations Sunday’ – and in this crisis it raises some important questions. Right now, most of us have now had more than a month of lockdown. Most of us are longing for it to be over, and (apart from ending every call or email with ‘Stay safe!’) we like to complain about the problems caused by lockdown. But, perhaps more quietly, we have to grudgingly admit that we have experienced many positives during this time and discovered things about ourselves and our relationships to the people around us. 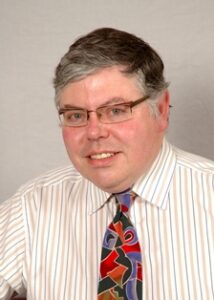 Lots of people have discovered that we live in communities: we need each other and we depend on others. Some people have made a basic moral discovery: we are responsible for one another. There are things that I do that can damage you, there are things that you do which may damage the others: every act, maybe as simple as keeping 2m apart when shopping, is part of a moral universe. This discovery led to a friend emailing me that she had discovered that ‘morality was not about rules laid down by the church, but a matter of being responsible in the group I am part of.’ Hurray!

I was saddened that the notion that we are creatures in society, with a duty of mutual care, came as a discovery and as the opposite of what she took to be the morality preached by the church, but I was overjoyed that this was a major step on her pilgrimage of faith, her path. She had discovered part of her own humanity and what that called on her to do. This is vocation in the deep sense. In this crisis period, the task of the pastors – those intended to help their sisters and brother along the way – is to foster and affirm such vocational discovery. All I could do was to send her a copy the Didache: it is about a small-sized church – less than a hundred people – who had a sense of belonging within a covenant as a community, it calls them to a moral lifestyle, and they have to look out for one another. I hope she will read it and it will help her recognise that Christianity is the opposite of an ethical individualism.

While the world is up-side-down

Perhaps the greatest discovery about vocation is that capitalism’s values cut right through the Christian view of life as vocation. The sense of vocation is the belief that we are called to exercise our skills for the building up of the whole people. Before the crisis how many of us had slipped into the view that human importance is derived from earning potential?  The value we give to a job is a direct consequence of the amount of salary that it can attract. In this view, the more I can generate income, the more I am worth in salary, and so the more I am worth in the economy, and so the more significant I am. It seems so logical that we do not question it, normally.  But this time is not normal. We realise that nurses – and nursing is often seen as a demeaning job because it involves service to others – are the difference between life and death, then we see that this is what is really valuable rather that they ability to generate cash. 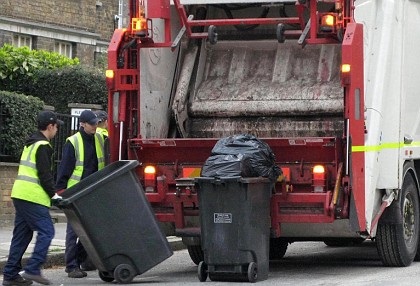 Not a ‘vocation’? This crisis says: think again!

We have discovered that we need those who empty bins, drive delivery lorries, and do a hundred other humdrum jobs. I am not a dreamer who imagines that this realisation will last: capitalism has been too successful over centuries at bringing material progress (despite its costs) for it to be abandoned now – it will return! But right now, let us see this inversion in our values as mirroring the inversion of values that is part of the Jesus vision. Right now we can read this account of an early Christian dispute and actually hear it:

We could also take notice that for John the Evangelist, the main happening in his Last Supper narrative is about mutual service. Jesus – the Lord and the teacher – takes on the task of a lowest female house slave and washes their feet. This is an inversion of the world values, gender roles, and social order. Needless to say it was controversial – Peter wanted nothing to do with it – and has remained so: Cardinal Sarah recently pointed out that it is never anything more than optional! But it was not optional for Jesus and he did not intend it to be optional for any of us who call themselves disciples. It was not a display of humility (‘big boss nice to little people’) as it is often charicatured in our liturgy, but a display of the world of Christian relationship. Moreover, he did not tell those there to wash the followers’ feet, but that each person who wants to belong to Jesus, ‘have a share in him,’ should wash the feet of others. During this crisis we have found ourselves doing all sorts of small acts of service for one another – are we discovering in this process that this is part of our Christian vocation? In this situation we might be able to hear this even more challenging vision of discipleship:

And during supper Jesus, knowing that the Father had given all things into his hands, and that he had come from God and was going to God, got up from the table, took off his outer robe, and tied a towel around himself. Then he poured water into a basin and began to wash the disciples’ feet and to wipe them with the towel that was tied around him.  He came to Simon Peter, who said to him,  “Lord, are you going to wash my feet?” Jesus answered,  “You do not know now what I am doing, but later you will understand.” Peter said to him,  “You will never wash my feet.” Jesus answered,  “Unless I wash you, you have no share with me.” Simon Peter said to him,  “Lord, not my feet only but also my hands and my head!” Jesus said to him,  “One who has bathed does not need to wash, except for the feet, but is entirely clean. And you are clean, though not all of you.” For he knew who was to betray him; for this reason he said,  “Not all of you are clean.” After he had washed their feet, had put on his robe, and had returned to the table, he said to them,  “Do you know what I have done to you? You call me Teacher and Lord — and you are right, for that is what I am.  So if I, your Lord and Teacher, have washed your feet, you also ought to wash one another’s feet.  For I have set you an example, that you also should do as I have done to you. Very truly, I tell you, servants are not greater than their master, nor are messengers greater than the one who sent them. If you know these things, you are blessed if you do them (Jn 13:3-17).

Then there are fixed ministries: skills we need as a church. We need those who can read, interpret, and preach. We need people who have the skill to gather a community around them. We need those who can lead people in prayer. We have to identify people who show these skills, and then help them to develop them and make them better in their tasks. Instead of recruitment for a special corps of clergy, we should think of finding ministers more in terms of a job-search or skills audit in a community. If we believe that the Spirit is moving in the community of the baptised, then a ‘vocations crisis’ is nonsense. It is only a crisis of us failing to look, train, and empower. Or maybe – just as in so many other areas of life – we have got it all so confused that we cannot see the wood for the trees.

This coronavirus crisis is throwing all our assumptions into the air!  Where they will land we do not yet know, we do not know if things will really change or slip back to ‘normal.’ But we might make a start on a new way of living, and for many it will be the start of a life with a sense of vocation. Our focus on future ‘Vocations Sundays’ should not be on clergy recruitment, but helping each Christian to see that she/he has a vocation as they respond to needs in their community. This is a hard process of listening and then there is the challenge of doing. Then later we might find that individuals also have skills in the communities’ worship. These people would be identified by a process of community discernment (can this person lead prayer, can this person interpret the demands of discipleship for us), rather than by a willingness to accept a priori criteria from a bygone age (e.g. male, celibate, full-time, and willing to belong within a clerical corps). If we moved to that, then we could really call this Fourth Sunday of Easter: Vocations Sunday.