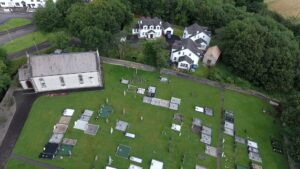 St Mary’s, Dunboe – what will happen as Derry Diocese reviews ‘buildings and services’?

This is the impossible situation of the ancient Catholic community attending St Mary’s Chapel in the environs of Dunboe, in the parish now known as St John’s, Coleraine – also the parish of Sean O’Conaill, ACI member since 2013.

Knowing some of the Dunboe faithful, and knowing also that their predicament must mirror that of at least some other Irish Catholic communities, Sean remembered Article 37 of Lumen Gentium, the Vatican II Constitution on the Church.  In 1964 that piece of text had declared the ‘right’ of all Catholics to participate in decisions that affected them, and promised to all Catholics that ‘institutions’ would follow through which they could make their pastoral needs, and any due criticism, known to their pastors.

His decision to try to launch a campaign for the immediate implementation of Lumen Gentium 37 followed.  He renamed his own personal website accordingly, and quickly made a video for YouTube, ‘The Laity Have the Right …’, now streaming.

Since this video was shot in August 2019, the Irish Conference of Catholic Bishops has maintained a studied disregard of the denial of a basic right of dialogue between pastors, including bishops, and their people. Their latest response to ACI, in October 2020, admits nothing in relation to this denial and admits no inability of parish pastoral councils to give representation to parishioners.

Dunboe is a standing refutation of that hollow position.

“I once belonged to this little church, several generations of my family are buried here . I no longer consider myself a catholic. I have absolutely no respect left for popes bishops or priests. The vast majority of these men couldn’t care less about lay people or what they think. As far as they are concerned we should pay up pray up and shut up!

And we fools tolerate it!. Why don’t we take lessons from our Presbyterian neighbours: if the minister is useless or up to no good the elders can throw him out the door! Instead we bow down to a bishop and kiss his ring while he sits in his mansion drinking his expensive wine surrounded by thousands of pounds worth of antiques which we pay for! Why do we tolerate this?

Many of the bishops don’t even do confirmation anymore, what’s the point of them? If you write or telephone to complain about a priest you’re ignored or threatened with prosecution…

Sadly nothing will change: the pope and bishops will like Nero fiddle while Rome burns. The only way to change things is to hit them where it hurts in the collection basket !

‘Individual parish priests and administrators are often tired and in a most difficult position these times. The fault lies with decades of inaction by bishops internationally, including popes since Pope Saint John XXIII. And with people like myself, who just sat back and waited for the new ‘institutions’ to arrive.’