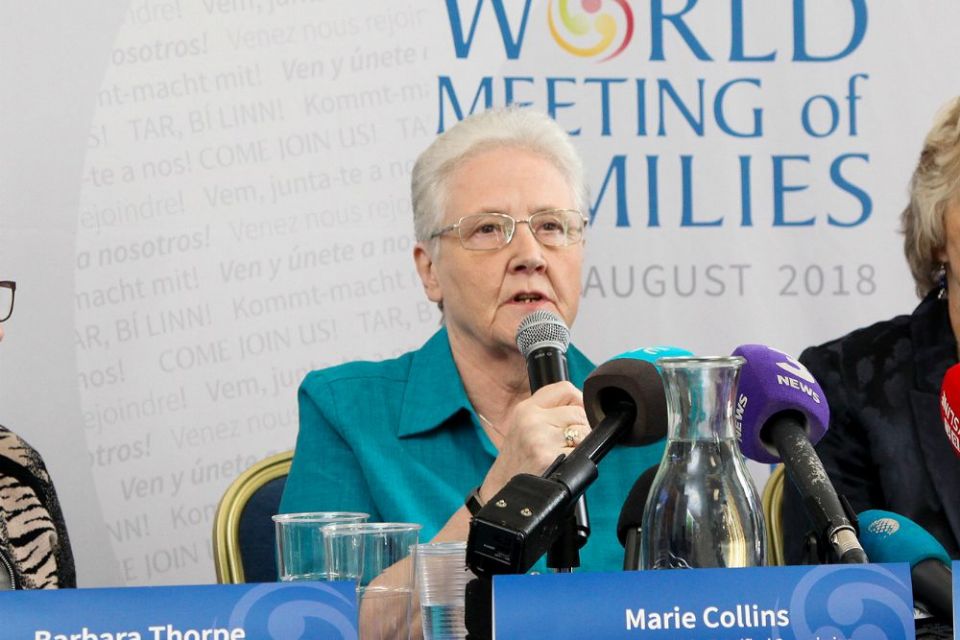 In an exclusive statement to the US National Catholic Reporter, Ireland’s Marie Collins has asked for a meeting with Pope Francis to clarify the process whereby Catholic bishops are judged for their adherence to rules governing the disciplining of priests accused of child sexual abuse.

Collins’s request arises out of reports that on the return plane journey to Rome from Ireland on August 26th, Pope Francis had said that she appeared ‘fixated’ on the necessity for a central Vatican tribunal to judge bishops alleged to be covering up cases of clerical child sex abuse.

“I have no problem in admitting to being determined to see those who protect perpetrators held accountable (though “fixated” is not how I would describe myself!),” Collins declares in her statement to NCR. “The priest who abused me was exposed as a perpetrator to his bishop soon afterwards, but the bishop did nothing, and the priest went on to sexually assault little girls in his parishes for the next 30 years — hence my determination that perpetrators not be protected.”

Taking up the pope’s reported offer to explain to her the church process now supposedly in place next time she is in Rome, Marie reveals that she will be in Rome September 9-14 and would be glad of a meeting with the pope – to ‘understand better’ several questions that puzzle her.