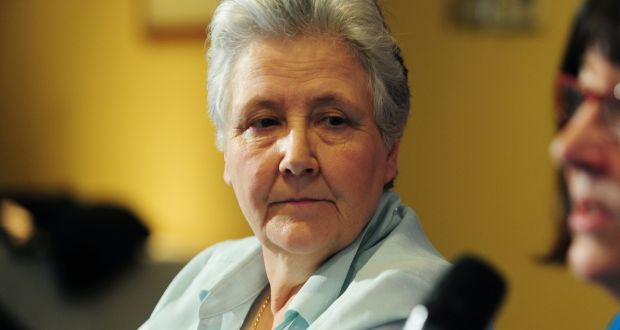 NCR Editor’s Note: Marie Collins of Ireland was appointed in 2014 as one of two survivors of clergy sex abuse to serve on Pope Francis’ Pontifical Commission for the Protection of Minors. She resigned from that position Wednesday, March 1. She wrote the following statement for NCR about her decision.

The Pontifical Commission for the Protection of Minors has had difficulties to overcome in its three years of existence.

Obviously I intend to respect the confidentiality of my former colleagues on the Commission and the work they are doing, but some of the main stumbling blocks that I can mention have already been detailed by Commission members who gave testimony Feb. 23 to Australia’s Royal Commission into Institutional Responses to Child Sexual Abuse.

These stumbling blocks include: lack of resources, inadequate structures around support staff, slowness of forward movement and cultural resistance. The most significant problem has been reluctance of some members of the Vatican Curia to implement the recommendations of the Commission despite their approval by the pope.

In her testimony, Kathleen McCormack, the Commission’s Australian member, summed up the struggles and emphasized the need to keep hope. “Like water on a rock,” she said, “we’ve just got to keep at it.”

I have come to the point where I can no longer be sustained by hope. As a survivor I have watched events unfold with dismay.

During our first year we had to go forward without an office or staff. Then finding a method by which the Commission could enter into dialogue with Vatican dicasteries was difficult for a very prolonged period.

This was eventually overcome in 2016 when liaison persons for each Vatican department were appointed to be available to interact with the Commission but there was a long delay in this very important area of communication and cooperation.

The Commission’s recommendation for a Tribunal to be put in place whereby negligent bishops could be held accountable was approved by Pope Francis and announced in June 2015. Yet it was found by the Congregation for the Doctrine of the Faith, as Baroness Sheila Hollins stated to the Royal Commission, to have unspecified “legal” difficulties, and so was never implemented.

With his motu proprio “As a Loving Mother,” Francis followed up last year with another accountability initiative. This would not only cover negligent bishops but also negligent religious superiors. It was to come into effect Sept. 5 but it is impossible to know if it has actually begun work or not.

The Safeguarding Guidelines template developed by the Commission, intended to be used by bishops’ conferences around the world as a basis for drawing up their own policy documents has not yet been disseminated. The dicastery which has the responsibility for reviewing existing bishops’ conference policy documents and which has its own template is refusing to cooperate with the Commission on the combining of the work.

In his testimony to the Royal Commission, member Bill Kilgallon from New Zealand, who is the Chair of the Guidelines working group, used the analogy of government to understand how this sort of resistance can come about. He spoke of “how jealously government departments guard their own domain and there can be some pushback about taking advice from others.”

The reluctance of some in the Vatican Curia to implement recommendations or cooperate with the work of a commission when the purpose is to improve the safety of children and vulnerable adults around the world is unacceptable.

Is this reluctance driven by internal politics, fear of change, clericalism which instills a belief that ‘they know best’ or a closed mindset which sees abuse as an inconvenience or a clinging to old institutional attitudes?

I do not know the answer but it is devastating in 2017 to see that these men still can put other concerns before the safety of children and vulnerable adults.

The last straw for me, on top of the refusal to cooperate on the Safeguarding Guidelines, has been the refusal, by the same dicastery, to implement one of the simplest recommendations the Commission has put forward to date.

Last year at our request, the pope instructed all departments in the Vatican to ensure all correspondence from victims/survivors receives a response. I learned in a letter from this particular dicastery last month that they are refusing to do so.

I find it impossible to listen to public statements about the deep concern in the church for the care of those whose lives have been blighted by abuse, yet to watch privately as a congregation in the Vatican refuses to even acknowledge their letters! It is a reflection of how this whole abuse crisis in the Church has been handled: with fine words in public and contrary actions behind closed doors.

When I accepted my appointment to the Commission in 2014, I said publicly that if I found what was happening behind closed doors was in conflict with what was being said to the public I would not remain. This point has come. I feel I have no choice but to resign if I am to retain my integrity.

I know my former colleagues on the Commission will forge on and I hope in time succeed in overcoming the difficulties and bringing the real change that is needed.

There is still a survivor member in the group, though he is on leave of absence. I do not know if when his term of office ends another survivor will be brought on board. I do hope in whatever way things go forward that a survivor’s voice will be included.

In the past three years I have never had the opportunity to sit and talk to the pope but if I had I would ask him to do three things:

Give the Commission an adequate, independent budget to do its work without having each item of expenditure go through the internal Vatican approval process.

Remove the restriction on the recruitment of professional staff from outside the Vatican.

Despite everything I have said, I do believe there is value in the Commission continuing its work. The members are sincerely putting every effort into very important projects with the intention of moving things forward.

Notwithstanding recent disappointing news on the reduction of sanctions for convicted perpetrators, I believe the pope does at heart understand the horror of abuse and the need for those who would hurt minors to be stopped.

Although I do not agree with them, as far as I am aware none of his actions have put a perpetrator back into a position where children would be at risk. If they did I would have a very different view.

Those who appeal to his commitment to mercy in these cases do a disservice to all, including the man himself, who I feel does not appreciate how his actions of clemency undermine everything else he does in this area including supporting the work of the Commission.

I wish my former colleagues well as they go forward. The issue of improving safety of children and vulnerable adults is so important it has to continue no matter the stumbling blocks in its path.

Marie Collins replied to this response in an open letter to Cardinal Muller also on the NCR site.

[Marie Collins is a former member of the Pontifical Commission for the Protection of Minors.]

For 50 years, National Catholic Reporter has provided an independent voice for Catholics and people of faith. It reports on church issues and social concerns to inform and inspire, while providing avenues for expression of diverse perspectives, promoting tolerance and respect for differing ideas.