The Mass: a ‘Holy Sacrifice’? 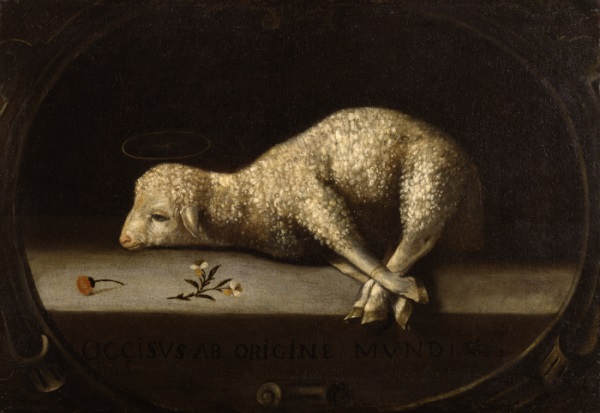 Must Catholics believe that God is violent? Taught that the Mass is a ‘Holy Sacrifice’ must we therefore believe that ‘the Father’ required a violent sacrifice to still his anger, and that this is the central message of the Eucharist?

Never having heard an Irish Catholic cleric squarely address such questions, and therefore inferring more than a little uncertainty, I (and others in Ireland) have followed with fascination the key ideas of the late American-French anthropologist René Girard and his collaborators. (These can be traced from the website of the Girardian Colloquium on Violence and Religion.) 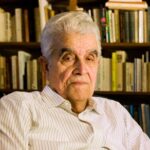 Girard argues that the historical origins of all religion lie in an attempt to minimise social violence by focussing it upon a single victim. He argues also that the Judeo-Christian scriptures point to a unique critique of this religious violence – and especially of the ancient practice of blood sacrifice. His work has therefore been exploited by some theologians to deny that the death of Jesus, or the Mass, can safely be understood as a sacrifice.

However, Girard himself famously changed his mind on this very issue. Influenced especially by the Austrian theologian, Raymund Schwager, Girard concluded in his mature work that the meaning of ‘sacrifice’ is itself undergoing a shift in the course of the Judeo-Christian texts. The ‘precious gift to God’ aspect of sacrifice had always accompanied the ‘killing’ aspect (for example in Abraham’s intention to sacrifice Isaac). This story shows how this ‘gift’ aspect gradually becomes predominant – in the end supplanting, in Jesus self-giving, the element of priestly killing. In offering himself, Jesus united the always previously separate roles of priest and victim – defining a sacrifice that resists all projection of the consequences of sin onto someone else. This leaves open an interpretation of ‘Christian’ sacrifice as directly oppositional to violence, and as ‘self-emptying’ or ‘self-giving’ – utterly uncompromised by any suffering inflicted upon a third party.

In the latest issue of the Girardian journal Contagion, Anthony R. Lusvardi S.J. argues that theologians who use Girardian anthropology to reject any concept of the Mass as ‘Holy Sacrifice’ are therefore mistaken. Lusvardi tracks this scholarly debate with detailed footnotes and makes the case for regarding the Mass as a divinely inspired act of worship that makes present “that central moment in human history when seemingly endless cycles of violence and falsity are brought to a halt by the limitless self-offering of God” (‘Girard and the “Sacrifice of the Mass”: Mimetic Theory and Eucharistic Theology’, Contagion Vol. 24, 2017 ).

For me this article strengthens a conclusion that it is unnecessary to oppose an understanding of the Mass as ‘holy sacrifice’ on the one hand, to its character as celebratory ‘communal meal’ on the other. If Christian sacrifice is self-giving, the ‘communal meal’ implication also follows logically from that understanding. In this understanding to ‘sacrifice’ is ‘to give completely of oneself’ – a meaning wholly compatible with contemporary understandings of ‘goodness’ and ‘heroism’.  It is the ‘Offering’, the self-giving ritual in which we all can join, that makes possible the communal meal, and no violence is implied by the Christians who practise this sacrifice – even if blood is nevertheless shed by others who misunderstand. The ‘bloodiness’ of Jesus crucifixion was solely due to the human sin that impelled his persecutors, in defiance of God – not to divine need, wish or intent. For Girard, the Calvary event starkly revealed the archetypal practice of scapegoating or ‘lynching’ – the unjust blaming of any individual for any social crisis to save the community. The Cross therefore lies at the root of the principle of ‘human rights’ – in opposition to all scapegoating.

Far from requiring our assent to his ‘divine violence’, the Father can therefore be understood as true to Jesus’ teaching that ‘the Father and I are one’ – in the rejection of violence, as in all other matters. The Mass is a ‘holy sacrifice’ because non-violent self-giving is central to the divine nature – and to heroic human potential also, when aided by grace. It is to that self-offering that all of us are called.

Clerical reticence on ‘divine violence’ and ‘sacrifice’ surely began with the fourth century acquiescence by Christian bishops in Constantine’s assertion that his violent acquisition of imperial power had been sanctioned and assisted by the Christian God. That acquiescence lies also at the foundations of Christendom – the long and often horrifically scandalous imbroglio of church and state that lasted into the twentieth century. Girard’s insights, and those of theologians who continue to be stimulated by Girardian theory, allow for a re-evaluation of all that, without in any way compromising the Creeds. Pacific self-offering was never utterly absent under Christendom, proving the subliminal counteraction of the Cross to all violence.

The secular Enlightenment was partially motivated by a revulsion at the semi-religious wars that followed the Reformations of the 1500s, but is still lacking a convincing explanation of human violence. On the other hand, Girard’s insight into the origins of our own aggressive desire in the desire of someone else – vindicating the thrice-repeated biblical ban on ‘coveting’ – is as copiously illustrated in the daily news as it is in the TV epic Game of Thrones.

Meanwhile Christian fundamentalism continues to scapegoat the Father for the crucifixion, and to cloud our thinking on Christian sacrifice. This can be regarded as a time-limited hangover of Christendom. Anthony Lusvardi’s article well illustrates how Girardian anthropology, and the theology it inspires, give us a far better pair of glasses.

(ACI is grateful to Professor William A. Johnsen, editor of Contagion, and to Fr Anthony Lusvardi S.J., for the permits that allow us to make this complete article available here, in .pdf format.)
Girard and the “Sacrifice of the Mass”