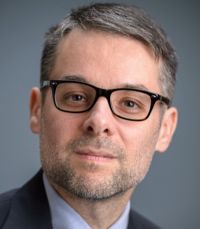 Massimo Faggioli – prominent reformist theologian and prolific commentator on the ongoing push for ‘synodality’ in the church – has strongly criticised former Irish president Mary McAleese’s call for the church to adhere to the UN Universal Declaration of Human Rights as a preliminary to ‘walking together’.

Mrs McAleese had called for the immediate application of freedom of speech and equality of rights in the church.  She is a long term critic of the denial of equality to women in the church, especially in regard to priestly ordination.

Calling this a ‘juridical’ proposal that ‘would make the patient even sicker’ Faggioli argues that the foundation of the church is sacramental rather than juridical, and that Mrs McAleese’s proposal would ‘lock the church in a political dynamic’. ‘Surely the Gospel should be sovereign?’

Professor Faggioli has also repeated his criticism of Mrs McAleese’s position on infant baptism, which she repeated in an address to a gathering entitled ‘Root and Branch Synod’ recently in Bristol, England. “I find it a strange way to assert the baptismal dignity as foundational to ecclesial synodality.”

A Vatican-designed questionnaire on lay people’s experience of ‘walking together’ is scheduled to be put to parishioners in all dioceses throughout the church in October 2021.  So far only two Irish Catholic dioceses have experimented with a synodal process – Limerick and Killala. Necessarily they could not unilaterally change existing practice on matters such as ordination.

Dr Massimo Faggioli is Professor of Historical Theology at Villanova University in Pennsylvania.