A look at the modern family: ACI’s John Kelly attended the Council for Marriage and the Family’s conference.

The Irish Episcopal Conference’s Council for Marriage and the Family hosted a conference entitled ‘Marriage and Family at the Heart of the Parish’ on Saturday 14th June in Clonliffe College . The event was intended for “leaders in parishes and dioceses and others exercising faith and pastoral leadership, including parents, grandparents, teachers, members of Pastoral Councils as well as other groups and organisations serving the Church’s mission.”

The aims of the event were to explore the “pastoral challenges to the family in the context of evangelisation,” as recently expressed by Pope Francis.  The main discussions were around how the parish community supports families in their Christian calling to share their faith and to inform the work of the Council for Marriage and the Family.

There were about 150 in attendance including representatives from organisations such as Accord, Retrovaille, Catholic Grandparents Association, Marriage Encounter, Cura, members of parish Councils, a few diocesan priests and about a six bishops. There  were also a number visitors from abroad including Southwark, Leeds and London.

The opening address given by Archbishop Diarmuid Martin whose talk is available on www.icatholic.ie or can be read on www.catholicbishops.ie.

He spoke of “the rise in individualism in the last 70 years” and the centrality of the family in societal health and that battling ideology may be less important. He also stated that issues of sexuality are about reaching out with love and respect and said that it is appropriate to have married couples much more to the fore in building the church.

The keynote speaker was Dr Tony Fahey, Professor of Social Policy, NUI, Maynooth, who spoke on Marriage and the Family in Ireland today. This talk is also available on www.icatholic.ie.

He looked at how much family life has changed and how much it is still based on Catholic morality and how the Catholic encounter with Human Rights  is a most interesting development for the church in its role as a champion of social justice, option for the poor, champion of welfare.

He identified the three major changes in Irish society as attitudes to unmarried parents, divorce and co-habitation . He cited the landmark dates as 1973 – the unmarried mothers allowance introduced; 1982 the concept of illegitimacy was removed  and 1987 – law reform implemented around fathers’ rights. Prior to these changes the children were punished for the sins of the parents and to protect the institution of marriage and the family.  The Doctrine of Human Rights developed after World War II led to morality of equality and were aimed to protect individuals from the tyranny of powerful institutions e.g. the Nazi movement.

On divorce, he noted that it became law in 1995 as it passed the referendum by a tiny majority. In a  survey of catholics who attend church regularly, the vast majority thought living together before marriage was a better option than not. He added that the issue in Ireland seems to be around the acceptance of second unions and the right to remarry. He noted that divorce in Ireland never really took off, with the numbers now 25% below their peak in 2007. 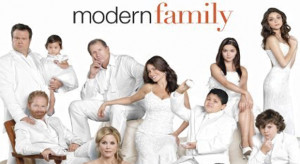 Discussion on Marriage and Family Matters.

Fr John Chester from Monaghan introduced a series of four dramas which proved very successful in promoting small group conversations on practical family challenges. The short dramas were performed by a local amateur group – they were simple but effective.

Drama 1: A Teenage student with poor performance in school is being interviewed by the school principal about his problems in school which includes falling asleep in class. In the next scene, his parents meet with the principal. Mom and Dad are busy at work so leave before their son gets up in the mornings. He has no breakfast. They are defensive in saying that they give him money for lunch. The principal then proposes that their son has breakfast in the school’s Breakfast Club. The parents not happy that their son would receive charity and may be bullied as a result.

Drama 2: Mother Mary is relaxing at home with large glass of wine. Her daughter is on her phone and sees on Facebook that a male friend has been convicted for anti-social behaviour. Comments are “He drinks a lot so when you make your bed you lie in it”.

Her father arrives home with a newspaper and she takes the paper to read about a pop group she likes. She then discovers the father’s name is in the paper for a drink driving sentence. Both mother and daughter are horrified. They ask how they are going to face the golf club, friends, choir,neighbours, etc. They say that he has let them down and ask why he didn’t  tell them. The mother has another glass of wine and the father says to her “You will have to drive me to golf”

Drama 3: The character called Fiona tells her story of a trauma faced and her search for healing. “All you see is my anger” she says. She was always put down by her father.  He shouted at her constantly, and gave her no words of affection or encouragement. “If only men weren’t so macho” she asks.  When he died she made her peace with him but the hurt didn’t die. “It is unfair to live in a world which demeans women. The hurt I feel ruined my relationship with the church-even with God.” One day she stepped into a church and experienced peace “Somehow, somewhere, somebody does understand me.”

Drama 4: The final drama was on the theme of sharing faith between the generations. In the drama, the grandmother has a hip replacement and comes to stay with her daughter’s family. She wants to go to Mass but her daughter tells her they do it their way in their house. The granddaughter expresses interest in going to mass with her grandmother, which prompts her to say to her daughter that they may not be doing enough for their child’s spirituality.

These four dramas raised open-ended questions which led to good discussions. The day finished with a presentation by Colette Furlong ,who was one of the day’s organisers. She talked of her work in Sligo as a catechist in a cluster of nine parishes. She talked of parish being a community of families giving and receiving support through bereavement/sacrament/baptism/marriage groups. She told of how she organised an art project through the schools with an added spiritual dimension. She gave practical examples of how to grow faith in parishes by encouraging children to sit up front during liturgy, for the music to include hymns children learn in school and the ideas faith friends as part of sacramental preparation.