New Teachers Hide Lack of Belief to Get Jobs 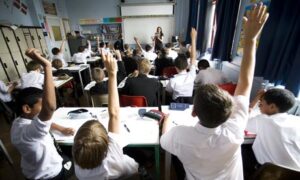 Non-believing teachers are hiding their lack of belief to stand a better chance of employment in schools that can select teachers on the basis of their religious ethos, according to a cross-border study by two academics. Dr Catherine Stapleton of Mary Immaculate College and Dr James Nelson of Queen’s University Belfast conducted the research that led to these findings, on both sides of the NI border. As schools in both jurisdictions are exempt from equality legislation they have the right to discriminate against candidates on the basis of religious belief when hiring teachers. As part of the study, qualitative interviews were undertaken with teachers from across the island.

The research found that non-religious teachers felt unprepared for the expectation that they would conform to the religious culture of a school, and felt challenged by a range of ethical and professional dilemmas. The majority responded by “hiding or suppressing their identity, including feigning belief”. The report criticises current designations for schools such as “multi-denominational”, “inter-denominational” and “non-denominational”. Arguing that these categories are poorly defined, the authors propose the creation of clearly defined designations for schools which clarify the role of religion within the school.  They also say governments should seek to proactively recruit a diverse teaching workforce that reflect changing beliefs. For those with access the complete Irish Times report of this research can be found by clicking here.