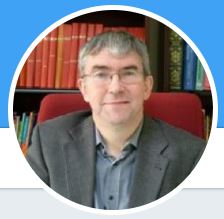 When Archbishop Desmond Connell ordained me to the priesthood on October 2nd, 1988, it seemed a good time to be a priest in Ireland. Fresh-faced and enthusiastic, I had high hopes. I was delighted to become part of a team conducting parish missions, as Irish Redemptorists had done for more than a century.

I loved going from parish to parish, preaching to full churches, visiting homes and schools, meeting clergy. Though I was aware of the increasing impact of secularisation, and the sharp decline in vocations, I presumed church and priesthood would remain largely the same into the future.

I had no idea of the tumult that lay ahead.

When measured against the vast expanse of history, 30 years is an insignificant amount of time. But when measured in terms of the story of the Catholic Church in Ireland, the past 30 years have been hugely significant indeed.

In 1988 Catholics of all ages still attended church in large numbers and confession remained important. In 1988 the church’s moral authority still stood strong, and preaching retained punch. The Irish church remained clerical and confident, as it had been since before independence.

Hard though it is to believe, back then few knew the word “paedophile”. In all my seminary years I had never encountered that word, which is linked so solidly today with the Catholic Church.

The abuse scandals are the great running torment of my priesthood, a scar every priest carries. I am distressed by what has happened, by the layers of abuse still being exposed, by the indifference and cover-up of those in authority. I feel sorry for myself that I have to carry the can for the sins of others. It’s not what I signed up for 30 years ago.

In 1988 I seldom wore a clerical collar. Today I never wear one. I feel embarrassed to be identified as representing a clerical caste that permitted abuse, and am angry at church authority and the abusers – for the incalculable damage done to victims and their families as well as to Catholics everywhere.

I remain disgusted at the injustice perpetrated on Catholic women, who are denied equal rights, and at a mandatory celibacy rule that diminishes many clerics.

Starting out, I never dreamed I would fall foul of Rome. But in May 2011, I was shocked to discover I had been secretly investigated by the Congregation for the Doctrine of the Faith at the Vatican.

They sought my removal as editor of Reality magazine because of its stance on women, sexuality and authority in the church. My future had been discussed at the highest levels for months without anyone telling me about it. Sentence was imposed before I knew I was on trial. I was horrified that this was how the church treated someone after a lifetime in its service.

I remain disgusted at the injustice perpetrated on Catholic women, who are denied equal rights, and at a mandatory celibacy rule that diminishes many clerics. It says so much about Rome that while clergy who advocated women’s ordination were summarily silenced or sacked, bishops who engaged in or facilitated abuse were not.

Today, I bristle at the church’s hurtful language about the LGBTI community and am ashamed that a particular theology of the body has been used to make people feel unwelcome and excluded.

What keeps me going is the wonderful witness of so many people who stick with the church despite all that has happened.

I dream of a restructured church that recognises the radical equality of all the baptised, that respects the sensus fidelium, repudiates the evil of clericalism, and replaces lace with grace, as Pope Francis tries to do.

A church that doesn’t insist it has all the answers to complicated moral and ethical questions but that engages with the world of science and biology so as to better respond to the signs of the times.

Though much has changed since 1988, not everything is bleak. What keeps me going is the wonderful witness of so many people who stick with the church despite all that has happened, the enthusiasm of so many lay co-workers and volunteers of every age and the selfless dedication of so many clergy and religious despite falling numbers and sapping morale.

It takes a brave person to be a card-carrying Catholic in Ireland today.

In 1988, I started priesthood with high hopes. Those 30 years have brought much fulfilment and satisfaction, yes, but also no little frustration and disappointment.

Fr Gerard Moloney is a Redemptorist priest and former editor of Reality magazine.

This article appeared first in the Irish Times, Oct 2nd, 2018.