No Synodality Without Diocesan Transparency

Bishops are free to publish their reports; but they prefer to keep them secret.

These reports are sent to the Vatican a few months before diocesan bishops go to Rome for their meetings with the pope every five years (ad limina visits). They provide a detailed state of affairs of each diocese, according to a template supplied by the Vatican.

This request was made jointly by the three groups to increase transparency and a greater involvement of all the People of God in every aspect of the church.

The result was extremely disappointing, but not surprising, as the response rate from Irish bishops has always been very low. Out of twenty-six dioceses, only six bishops/administrators replied. None of the four archbishops acknowledged the request.

The few who responded said they would not publish their reports, claiming that it was personal, confidential and for Pope Francis only. However, none were able to cite church law to back up their claim that confidentiality prohibited them from publishing, as indeed there exists no such prohibition in canon law. Bishops are quite free to make their reports public. It is just that they choose not to.

Reports by bishops are meant to give an honest, transparent and detailed account of the current state of their diocese. They cover everything from basic statistics (Catholic population, baptisms, marriages, funerals, etc.) to financial status, relations with other religious communities, civil society and public authorities as well as responses to child sexual abuse, pastoral challenges and prospects for the future of the Church. They are comprised of twenty-two sections, roughly corresponding to each office of the Roman curia who will examine them, and can run to several hundred pages for the very large dioceses. 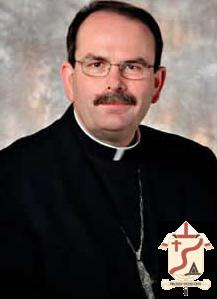 Coincidentally, at the very same time that the Irish bishops were intent on keeping their reports hidden from the eyes of their faithful people, Archbishop Albert LeGatt of St Boniface diocese in Canada released his report to the general public.

It is also noteworthy that Archbishop LeGatt didn’t wait for his return from his ad limina visit to Rome to post his report on the archdiocesan website but did this two weeks beforehand, on St Patrick ‘s day 2017. He stressed that he was making use of modern technology at his disposal: ”We have the website – it’s free, it’s easily accessible. Why not use the means at our disposal for the advancing of the life of the Church and the kingdom of God?”

Archbishop Legatt confirmed that he had received no negative reactions from the Vatican, and a great many thanks from people back home. It is still on the diocesan website. 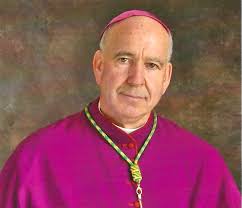 A quick search on the internet shows that the ad limina Report for the Archdiocese of Grouard-McLennon, Grand Prairie, Alberta, Canada (2006-2016) has also been published online by Archbishop Gerard Pettipas CSsR. 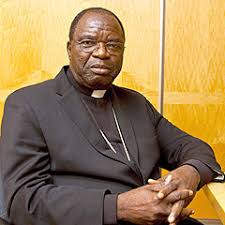 Bishop John Ifeanyichukwu Okoye for the Diocese of Awgu (2007-2017) in Nigeria has also done so.

Good governance demands that the prevailing clericalist culture of secrecy must end. The Church is not a corporation and these reports are not sensitive commercial information. Accountable and transparent behaviours are not optional courtesies or favours but rather necessities in a faith community of brothers and sisters in Christ.

The International Church Reform Network (ICRN) has recently produced a Charter of Rights and Responsibilities for Christ’s Faithful. Article Six on information states that ”Every Catholic has the right of unlimited access to information, except where there are legitimate concerns regarding confidentiality, privacy and the good name of others.”

The Irish bishops may now want to reconsider their opposition to transparency and release publicly their reports. Failure to do so would raise inevitably the question as to what is being hidden from the faithful and make any talk of synodality hollow.