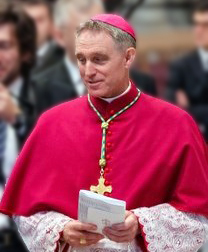 Archbishop Georg Ganswein, secretary to Pope Emeritus Benedict XVI, is to release a book likely to identify him as in the opposition camp to Pope Francis and the ongoing global synodality process.

The archbishop was personal secretary to the deceased pope from 2003 and remained with him as his closest aide until his death in early January 2023.

The forthcoming book is reported to include assertions that strengthen rumours of  differences of opinion between Pope Francis and his predecessor – over passages in Evangelii Gaudium (Pope Francis’s first encyclical in 2013), the synodality process and whether Pope Francis should have responded to questions put to him by four opposition cardinals in 2016 – including the US canonist Cardinal Raymond Burke.

To be called “Nothing But The Truth – My Life Beside Benedict XVI“, the book is due to be published on January 12th, 2023.