Polarisation Is Not Catholic: Pope Francis 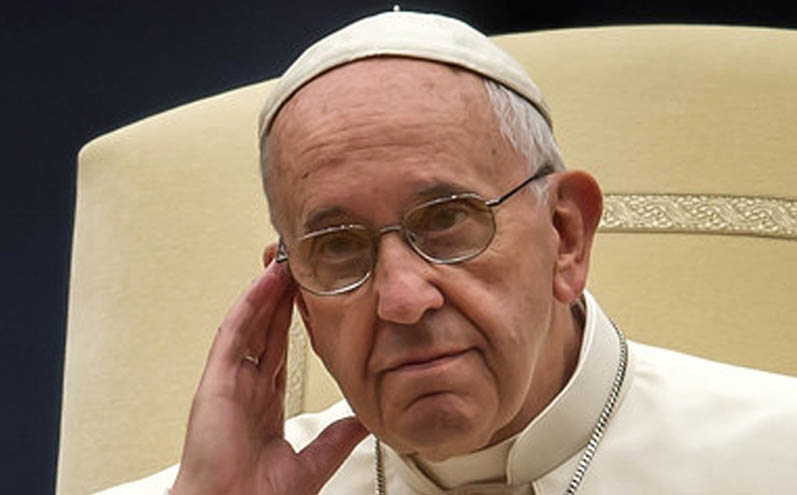 ‘Polarisation is not Catholic,’ insisted Pope Francis on Mon November 22nd, 2022 – to a team of journalists from the Jesuit magazine America.

He also made clear that he retains a very vivid and detailed recollection of his visit to Ireland in August 2018, for the World Meeting of Families.

“A Catholic cannot think either-or and reduce everything to polarization. The essence of what is Catholic is both-and. The Catholic unites the good and the not-so-good. There is only one people of God. When there is polarisation, a divisive mentality arises, which privileges some and leaves others behind. The Catholic always harmonises differences. If we see how the Holy Spirit acts; it first causes disorder: Think of the morning of Pentecost, and the confusion and mess (lío) it created there, and then it brings about harmony. The Holy Spirit in the church does not reduce everything to just one value; rather, it harmonizes opposing differences. That is the Catholic spirit. The more harmony there is between the differences and the opposites the more Catholic it is. The more polarization there is, the more one loses the Catholic spirit and falls into a sectarian spirit. This [saying] is not mine, but I repeat it: what is Catholic is not either-or, but is both-and, combining differences. And this is how we understand the Catholic way of dealing with sin, which is not puritanical: saints and sinners, both together.”

Other topics covered were:  How he, Pope Francis, seems to be always joyful; the loss of trust by most American Catholics in the US Bishops’ Conference; their prioritisation of the issue of abortion; the church’s crisis of sexual abuse; the need for greater transparence in the handling of allegations against bishops; the war in Ukraine and why the pope does not criticise Russia of President Putin directly; African Americans now leaving the church in greater numbers; women and ordination.

Ireland was name-checked by the pope twice, in connection with his visit here in 2018:

re the issue of sexual abuse in the church:

“When I was in Ireland, people who had been abused asked for an audience. There were six or seven of them. At the beginning, they were a little angry, and they were right. I said to them: “Look, let us do something. Tomorrow, I have to give a homily; why don’t we prepare it together, about this problem?” And that gave rise to a beautiful phenomenon because what had started as a protest was transformed into something positive and, together, we all created the homily for the next day. That was a positive thing [that happened] in Ireland, one of the most heated situations I have had to face. What should the church do, then? Keep moving forward with seriousness and with shame.”

and, re criticism that the pope is a Marxist or communist:

“I always ask myself, where does this labelling come from? For example, when we were returning from Ireland on the plane, a letter from an American prelate erupted that said all kinds of things about me. I try to follow the Gospel. I am much enlightened by the Beatitudes, but above all by the standard by which we will be judged: Matthew 25. “I was thirsty, and you gave me a drink. I was in prison, and you visited me. I was sick and you cared for me.” Is Jesus a communist, then? The problem that is behind this, that you have rightly touched on, is the socio-political reduction of the Gospel message. If I see the Gospel in a sociological way only, yes, I am a communist, and so too is Jesus. Behind these Beatitudes and Matthew 25 there is a message that is Jesus’ own. And that is to be Christian. The communists stole some of our Christian values. [Laughter.] Some others, they made a disaster out of them.”