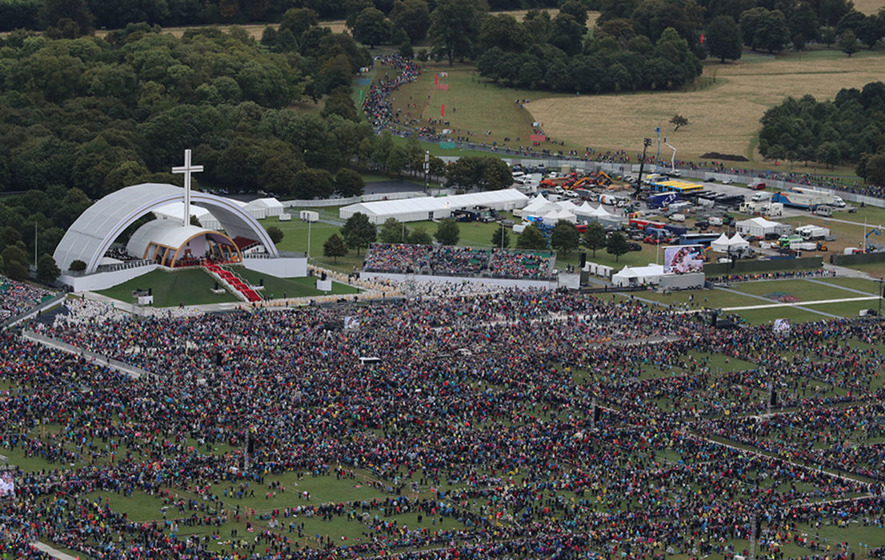 Unafraid of the reality of an institution now regarded with deep scepticism even by many Catholics in Ireland, Pope Francis seemed as ready to learn from his visit to the World Meeting of Families in Dublin in August 2018 as to encourage us Irish to believe in ourselves.

This was a very different Ireland, and a very different pope, from the two that came together in 1979.  Both are now well aware of the fallibility of clergy, and the pope learned more about Irish clerical fallibility from eight survivors of clerical abuse on Saturday 25th.  The following day Ireland learned that the pope’s own embattled situation vis-a-vis other senior churchmen is intensifying, as the torrential allegations of a former Vatican nuncio to the USA were released globally for maximum effect

Every Irish person will have their own ‘take’ on this visit. Accepting that Pope Francis is sincere in his desire to see the global church become a ‘field hospital’ for all who need healing, my own early conviction is that Irish Catholicism is no longer uncritically papalist – determined to see every pope as all-wise and saintly, ex officio. Nor are we disposed to see every Irish papal critic as ‘an enemy of the church’. Nor – it seems – would Pope Francis want us to do that.

I am struck in the end by the disappointment of Marie Collins that Pope Francis has not yet grasped the need for credible structures of accountability for the world’s Catholic bishops. A whole month before his visit to Ireland the pope’s own top adviser on the clerical abuse issue, Cardinal Sean O’Malley of Boston, had said the following in relation to the case of US Cardinal McCarrick:

“These cases and others require more than apologies. They raise up the fact that when charges are brought regarding a bishop or a cardinal, a major gap still exists in the Church’s policies on sexual conduct and sexual abuse. While the Church in the United States has adopted a zero tolerance policy regarding the sexual abuse of minors by priests we must have clearer procedures for cases involving bishops. Transparent and consistent protocols are needed to provide justice for the victims and to adequately respond to the legitimate indignation of the community. The Church needs a strong and comprehensive policy to address bishops’ violations of the vows of celibacy in cases of the criminal abuse of minors and in cases involving adults.”

Knowing this, who in Ireland will side with the pope when he opines that Marie Collins has a ‘fixation’ about this issue of bishop accountability (as reported by the news agency CRUX)? The allegations against himself by Archbishop Vigano surely prove the need for transparency if the role of bishop – including that of the bishop of Rome – is ever to recover its moral authority.

Even so, Pope Francis has taken the unprecedented step of entering into real-time dialogue with an Irish lay person whose advocacy on behalf of the clerical church’s victims has won global respect.  This dialogue must obviously continue – proving that leadership of the Catholic church in Ireland is no longer dominated by bishops and popes.  To become a true ‘field hospital’ for all who are suffering here, the Irish church will need to listen first of all to its own experts – those who have suffered most from its past failings.

Uncritical Irish Catholic adulation of Pope John Paul II in 1979 was both daft and dangerous. Disillusioned, shocked and reeling, and with its future still unseeable, the Irish Catholic Church in 2018 is nevertheless in a far better place.  We know that even popes are fallible, and the pope knows we know that.