Pope Francis’ experts disagree on the issue of women deacons 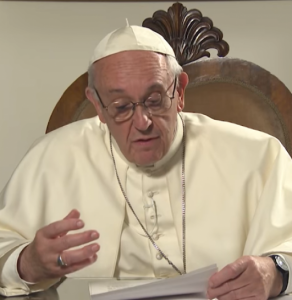 The Wijngaards Institute for Catholic Research responds to Pope Francis

Two days ago now, on May 7 Pope Francis revealed that, after almost three years of study, his own experts could not agree on whether women were ordained as deacons in the same way that men were in the early church. That lack of unanimity is likely to be used by Pope Francis to continue the current practice of excluding women from the diaconate.

Yet the findings of that papal commission fly in the face of well-known historical evidence. Not only was the rite for ordaining women to the diaconate identical to that used for men: it also included all the markers exclusive to what was later termed the “sacrament of Holy Orders”.
And if it was done in the past, why not now?

Ironically, one of the manuscripts preserving two such ordination rites to the diaconate, identical for men and women respectively, is held in the Vatican library itself. Perhaps the Pope could examine these for himself?
This evidence has long been known. In August 2015 the Wijngaards Institute summarised decades of academic research into women deacons and sent it to Pope Francis for his considerations.

As we wrote back then: ‘The rationale which subverted female deacons in the Middle Ages was the phobia concerning menstruation and the conceit that women are innately inferior to men.’ There should be no tolerance in our church for the upholding of a ban based on ancient prejudice and misogyny. It does not reflect the truth of our tradition, history or theology.

We renew our call on Pope Francis to re-establish the ordained diaconate for women as a matter of justice, Christian ecumenism, as well as faithfulness to the wisdom of our ancestors in the Christian faith.

We also call for the immediate release of the latest commission’s report, so that its conclusions, as well as the evidence they are based on, can be publicly evaluated.

Reproduced with the kind permission of the original authors; Wijngaards Institute for Catholic Research.

In 2016 Pope Francis set up a commission to examine the possibility of women becoming permanent deacons. Pope Francis appointed Archbishop Luis Ladaria, Prefect of the Congregation for the Doctrine of the Faith, as president of the new commission which consisted of 12 members – 6 men and 6 women.

Pope Francis has said that some members of the Vatican commission posit the view that historically the female diaconate was different from the role of male deacons by being without sacramental ordination. Female deacons they say were commissioned rather than being ordained into Holy Orders, much as lay men and women are today commissioned into the roles of Lay Minister of the Word and Lay Minister of the Eucharist and are thus not sacramental members of the clergy. The above article denies that to have been the case.

Some hold that the roles of male and female deacons were also different. Pope Francis explained that female deacons assisted with the liturgy but in a limited role; for example, with the baptisms of women by full emersion and to serve as an aid to the bishop in determining the authenticity of domestic abuse of wives by their husbands.

Some long standing opposition to female permanent deacons seems to have been around the ancient Jewish belief that women were ritually ‘unclean’ during the time of their menstruation and thus forbidden to attend synagogue, a view that should be discarded as totally abhorrent and irrelevant in today’s Catholic Church.