Pope Francis Opposed by 30% of Church? 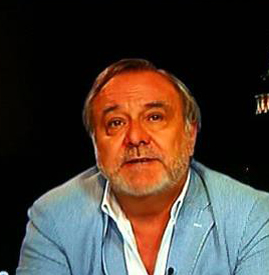 Perhaps 30% of Catholic clerics globally oppose Pope Francis in favour of what they regard as ‘tradition’, in the view of veteran Vatican reporter Marco Politi.

A ‘hard core’ of cardinals is also planning for the next papal conclave, Politi declares, with the intention of returning papal policy to what they regard as the proper direction set by Popes John Paul II and Benedict XVI.

Insisting that the opposition to Pope Francis cannot simply be dismissed as a loud minority, Politi points to the 30% of Catholics who supported the far-right political party Lega in the 2019 European elections – and the warning in August 2019 from the Jesuit Superior General Arturo Sosa of a plot against Francis.

Recent loud opposition to the coronavirus lockdown of churches by prelates such as Archbishop Carlo Maria Vigano are seen by Marco Politi as the latest round in this battle.

Vigano was the author of an August 2018 letter alleging negligence by the pope in dealing with the issue of disgraced US Cardinal Theodore McCarrick.

Politi is author of: Pope Francis Among the Wolves: The Inside Story of a Revolution.

For the full report of Politi’s recent contentions, in the journal Novena, click here.

Comments that are merely abusive will be ignored. Click here to see rules on this.