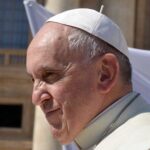 According to the Guardian newspaper and other outlets, there are rumours in Rome that Pope Francis may be planning to announce his retirement in August 2022.

The spark for these rumours is apparently the coincidence of an August 27th consistory to appoint new cardinals, and the pope’s declared intent to visit the tomb of Pope Celestine V – the first pope known to have retired from the role – on the very next day.

Arguably by the end of August the pope will have appointed so many of the cardinals who will elect the next pope that he can be confident that his reforms and the direction they have set for the church, including the push for ‘synodality’ everywhere, will survive him.

The pope at 85 has also recently had mobility issues, and is known to believe that resignation should become normal for popes.

Against the argument that he would not want the next pope to have two other popes still alive at the same time there is the possibility that he believes that this too could help to make papal retirement a matter of routine rather than sensation.