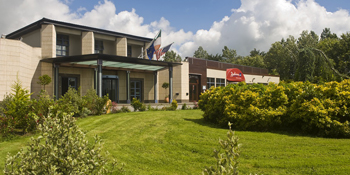 “With the resignation of Pope Benedict we are at the end of an era, and this is our best chance to renew the church for a long time“, Father Tony Flannery of the Irish Association of Catholic Priests (ACP) said during an international conference in Limerick that brought together over 30 Catholic priests and church citizens from Ireland, Austria, Australia, Germany, India, Italy, Slovakia, Switzerland, the U.K. and the U.S.

The four-day meeting was hosted by the ACP.
“The election of Pope Francis has begun a new era in Catholicism”, Father Flannery added. The meeting called on the Bishops of their respective countries courageously and publicly to support the vision and the programme of Francis for the Church.

A key issue will be to devolve authority away from the Vatican to local churches. Connected to this is the need to enhance the authority of the local church, especially parishes.

Participants focused on several topics affecting the life of the Church. Central to the discussion was the role and full equality of women in church life. During a very open and honest discussion, it became clear that there is much pain concerning the exclusion of women from governance, leadership and ordained ministry – and how that causes division and affects the entire life of our Church.

Another important issue canvassed was church governance. Participants called for more accountability from the hierarchy and respect for the rights of all Catholics to participate fully in the life of the Church.

Regarding the forthcoming Synod on the Family the meeting called for full participation of Catholics who are LGBT, divorced and re-married, members of inter-faith families and other marginalized people in the life of the Church. It also called for the Church to pay particular attention to women who are living in situations of poverty, oppression and violence.

The Church lives in the context of the real world of today and the participants supported a clear recognition of social justice and ecological issues, especially global warming and biodiversity. They particularly set their hopes in the development of a Christian ecological theology and ethic in the light of Pope Francis’ forthcoming encyclical on ecology and social justice.
Participants in this unique gathering committed themselves to further work together towards the realisation of the issues discussed which are central for the future of the Church.