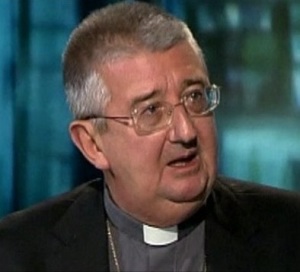 A group of delegates, representing ACI members living in the Dublin Diocese*,  met with Archbishop Diarmuid Martin in Drumcondra. The delegation expressed their appreciation to Archbishop Martin of the opportunity to discuss with him the upcoming Vatican Synod on the Family on the day before he left for the Synod.

Following introductions, the ACI delegation gave the Archbishop a summary of what they wished to discuss on behalf of their members namely:

The Archbishop described the Pope Francis’ Synod process, which this time is an “unknown and a known” and which includes the Questionnaire beforehand and its analysis; the individual submissions of participants with daily summaries during the first week; the periods of prayer; the election of a Secretariat representing the continents; the creation of a summary draft for further discussion in the second week leading to a final document which will be published later and will form the basis of the continuing discussion prior to the Synod in October of next year.

The ACI delegation expressed the view that the distribution of the questionnaire process had been inadequate as it had been disseminated in few parishes and its content and language was difficult. The delegation also said that a constant criticism of the Synod on the Family was a lack of the full participation of women and married men. Archbishop acknowledged that the questionnaire was complex but emphasised the fact that “we were asked”. He also had already published some details of the results of the questionnaire. He noted that there will be participation at the Synod of twelve married couples, various lay experts and advisors with influence albeit without a vote.

The delegation said that members express the need for a more inclusive understanding of “Family”, acknowledgement of the real difficulties with church teaching on issues pertaining to lived relationships in matters such as contraception, fertility, homosexuality, separation and divorce.

Archbishop Martin said what he hoped to bring to the Synod was the need for the increased recognition and inclusion of married people and of their centrality to the process.

The ACI delegation expressed the hope that future questionnaire/consultative processes would be more inclusive and effective. It suggested that the idea of communicating with “communities of interest” should be considered reflecting the lived experience of many Catholics, rather than just through the parish structure.

Archbishop Martin said that the next consultative process may take a different approach to improve its effectiveness. The ACI delegates said there was a strong desire for a two-way communication process.

The subject of Faith Formation was discussed with recognition of the need for new ways of passing on Faith particularly in the light of changing patronage in schools. Archbishop Martin said the ministry of married people and lay youth ministry were central to this. The ACI delegation said this was a key concern of its members with three generations (grandparents, parents and children) now needing a new approach.

Archbishop Martin proposed that a further meeting take place on his return from the Synod which was agreed.

Noel McCann, ACI Steering Committee Chairman, was unavoidably absent due to a prior commitment in Rome.