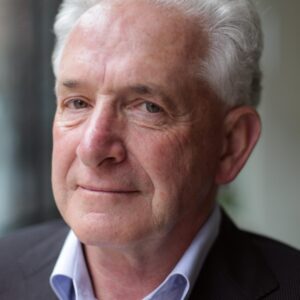 “The resurrection of Jesus is fundamental to our faith, but that does not mean it happened exactly as it is described in the various biblical accounts. What it does tell us is that, after the desolation of Jesus followers as a result of his death, they gradually began to realise that in a mysterious, but very real, way he was still with them. In other words, maybe their experience of the reality of Jesus in their lives wasn’t that different to how we can also experience him in our own lives, and in our communities when we gather to pray and celebrate. The detail of how this happened doesn’t really matter very much.”

In these 113 words Fr Tony Flannery has given us a glimpse of his current thinking on a foundational principle of Christian belief and practice. An experience of transformational importance for the earliest Christians – an experience resulting in detailed, insistent accounts of a touchable, resurrected Jesus who had eaten real food with his friends – seems to become for Fr Flannery something very different, even nebulous.

The experience we have today of ‘Jesus in our lives’ can vary enormously in intensity and ‘realness’, and surely depends on the degree to which we can believe the Gospel assurance of a complete victory of Christ over death. Tony Flannery’s account as it stands could be taken to mean that those first Gospel witnesses to a ‘Resurrection’ were merely reconstructing Jesus from memory.  This would be for many a severe test of faith, rather than an affirmation of it.

If this is indeed Tony’s meaning I cannot believe that he has reflected seriously on the full import of this conclusion. It would imply that the Gospel accounts were deliberate, even if well-intended, fabrications. That would make the entire history of Christianity inexplicable. 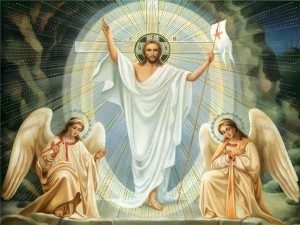 Why, to begin with, would Jesus have been considered worthy of such remembrance if his own predictions of his restoration to life had been proved delusional? Who would then stake his own life to proclaim possibilities that had led Jesus himself only to ridicule and the cross? What possible psychological profile could explain the restoration of the Christian community on a known basis of mere make-believe?

My understanding is that most scripture scholars, even those who can’t believe in the Resurrection, agree that the trajectory of Jesus’ faith and mission of obedience to the God of Abraham led him to a lonely death, and that his followers lacked the firmness of conviction to stand with him at the end. This poses two critical mysteries, even for the most sceptical. First, what was the source of Jesus’ strength of faith and character? Second, what was it that subsequently transformed those thoroughly frightened and runaway followers into death-defying proclaimers of his resurrection?

Tony Flannery’s current answer to the second question seems to be that this extraordinary transformation arose simply out of fond remembrances of a man whose faith had proved delusional – culminating in an agreement to maintain that it had not. It would seem to follow logically that these deliberate myth-makers did this while knowing that Jesus had probably been mentally unbalanced – and that they were now ready to die in defence of a claim they had no reason to believe themselves.

Is all of that truly more plausible than that these earliest Christians experienced something so totally unexpected and unusual as to convince them that far from being both mad and dead, Jesus had correctly predicted an event that they themselves had factually witnessed – the intervention of the Father to whom Jesus had appealed, to raise Jesus from the dead in conclusive defeat of the attempt to erase him, bodily and finally, from life and history?

To be clear here, I am not claiming to know what exactly the experience of that intervention was, or even to understand completely the Gospel accounts of it. I am arguing instead that those accounts are a clear anticipation of any ‘non-real’ explanation of what happened, including the ‘sorrowful reminiscence’ version. 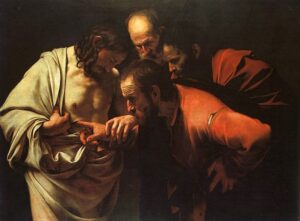 In particular the account of the radical doubt of the apostle Thomas in the Gospel of John is clear evidence of the anticipation by the author of all scepticism about the historical truth of the event. That account, including Thomas’ subsequent touching of Jesus, makes that Gospel a most cynical fabrication if that encounter was known not to have happened, in literal fact. I cannot believe that the author was recounting anything other than what he sincerely believed, on credible testimony, to be historically true as described. To think otherwise is to consign that Gospel to the ‘deliberate alternative facts’ shelf. How could deceit of that order have founded a martyr’s faith? 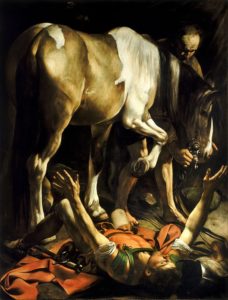 Caravaggio – the Conversion of St Paul

As to the ‘scientific possibility’ of bodily resurrection, given the expanding mystery of all matter, including every atom in the human body – the fact that this mystery grows rather than shrinks the more closely scientists study the particles that compose the atom and the relationships between them – who can any longer speak of ‘natural’ and ‘supernatural’ phenomena, as though that distinction was any longer clear? The whole of material creation remains an unexplained mystery.

And given the healing mystery that Jesus also is to us – especially as a source of hope that our own lives may just be starting – why resort to banalities to replace the belief that so many generations of Christians have relied upon, especially in the deepest grief and fear? If Jesus’ central belief was delusional, and his trust in the Father was in vain – and his earliest followers were capable of such deceit – why should anyone gather today to celebrate his memory? What hope or consolation could come from such a gathering?

St Paul, not a witness to the Resurrection, believed in it nevertheless. He knew what was at stake.

“If there is no resurrection of the dead, then Christ cannot have been raised either, and if Christ has not been raised, then our preaching is without substance, and so is your faith. What is more, we have proved to be false witnesses to God, for testifying against God that he raised Christ to life when he did not raise him — if it is true that the dead are not raised. For, if the dead are not raised, neither is Christ; and if Christ has not been raised, your faith is pointless and you have not, after all, been released from your sins. In addition, those who have fallen asleep in Christ are utterly lost. If our hope in Christ has been for this life only, we are of all people the most pitiable. In fact, however, Christ has been raised from the dead, as the first-fruits of all who have fallen asleep.” (1 Cor 15: 13-20)

Tony Flannery knows this passage as well as I do, so perhaps as a commentator and teacher he is simply kite-flying, tongue-in-cheek – in the cause of adult education. He has certainly got me going with this particular kite. He is right to question the usefulness of ‘too much’ doctrine, but all prayer and faith is founded on a core of vital belief. If St Paul’s stated belief in the Resurrection was also either a delusion or a fond fabrication, what Christian conviction can remain to sustain anyone?