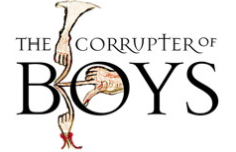 A review by Thomas J Farrell

The medievalist Dyan Elliott in history at Northwestern University has just published the accessible 380-page scholarly book The Corrupter of Boys: Sodomy, Scandal, and Medieval Clergy (University of Pennsylvania Press, 2020) – a book for contemporary book-reading people who are concerned about the recent priest-sex-abuses and bishop-cover-ups in the Roman Catholic Church and similar sex-related abuses of minors in other institutions.

About the same time that the news media began reporting about priest-sex-abuses and bishop-cover-ups in the United States, the television series Law and Order: Special Victims Unit began its popular run on American television for more than twenty years now – at times, portraying the sexual abuse of children in circumstantial detail.

Each episode begins with the warning “Viewer Discretion Advised.”

Elliott’s deeply researched new 2020 book The Corrupter of Boys is designed to be a laser-focused but accessible extensive scholarly study of medieval clergy and sex abuse and the rise of the over-riding fear of scandal in the church. However, even though her book is accessible, it may tell us more than we ever really wanted to know about medieval clergy and sex abuse.

Elliott’s dedication says, “This book is dedicated to all those living or dead, who have suffered sexual abuse.” However, I should point out that she also covers corporal punishment, a form of physical abuse (see the index for specific page references).

According to the late Polish-Swiss psychologist Alice Miller (1923-2010) almost all children experience physical, emotional, and/or sexual abuse. For example, in her book For Your Own Good: Hidden Cruelty in Child-Rearing and the Roots of Violence, translated by Hildegarde Hannum and Hunter Hannum (Noonday Press, 1983), she details the physical abuse that Adolf Hitler was subjected to as a boy (pages 142-197).

As we will see below momentarily, Miller’s perceptive comment about Hitler’s psychological make-up may be relevant to understanding the inordinate craving for loyalty manifested by Pope John-Paul II and by President Donald (“Tweety”) Trump.

Now, Elliott’s other scholarly books include (1) Spiritual Marriage: Sexual Abstinence in Medieval Wedlock (1993); (2) Fallen Bodies: Pollution, Sexuality, and Demonology in the Middle Ages (1999); (3) Proving Woman: Female Spirituality and Inquisitional Culture in the Later Middle Ages (2004); and (4) The Bride of Christ Goes to Hell: Metaphor and Embodiment in the Lives of Pious Women, 200-1500 (2012). In short, she is a well-established scholar.

In a blurb on the back of the dust jacket on Elliott’s new 2020 book, Barbara H. Rosenwein in history at Loyola University Chicago aptly describes Elliott as “an indefatigable medievalist-muckraker.” As the main title of her book The Corrupter of Boys attests, Elliott is concerned to uncover corruption, a muckraker’s primary task.

“Chapter 4: Sodomy on the Cusp of the Eleventh and Twelfth Centuries (pages 85-109)

As you may have surmised from the table of contents, Elliott’s new 2020 book is not edifying reading – for you or me or Pope Francis. But Elliott offers no panaceas for the present predicament of the Roman Catholic Church.

Nevertheless, I suspect that those who see the basic problem as mandatory celibacy for diocesan priests will probably re-double their efforts to push for married priests and women priests – practices that Pope Francis considers to be off the table. Priestly celibacy is an extra-biblical innovation in the Roman Catholic Church that began in the fourth century, according to Elliott (page 263).

For his part, Pope Francis will most likely continue to indict what he refers to as clericalism as the underlying cause of the contemporary church’s many problems – not just the many problems involving priest-sex-abuses and bishop-cover-ups.

But Elliott dismisses clericalism as basically a subterfuge (page 236).

It is instructive to note that Pope John-Paul II, who was extraordinarily keen on promoting loyalists, advanced Pope Francis earlier career in the church’s hierarchy.

Now, at first blush, we may wonder how Elliott’s distant history of the Roman Catholic Church in late antiquity and the thousand-year medieval period has any bearing on recent priest-sex-abuses and bishop-cover-ups. But we should remember that the Roman Catholic Church is governed internally by precedents recorded in written laws (official promulgations by church authorities over the centuries) and unwritten customs based on those written laws. Those written laws are referred to collectively as canon law.

In Elliott’s “Introduction,” she says, “The persistence of a climate of clerical sexual abuse over the centuries was fostered by canon law, which tended to minimize clerical same-sex relations while maximizing the dangers of clerical scandal. Gratian’s twelfth-century Decretum and key supplemental texts (the so-called new law) continued to be authoritative until 1917. At this point the Code of Canon Law was introduced as a compendium of past law. In both the original code and its 1983 revision, the concern over scandal continues to intrude on the subject of clerical discipline. I believe that the same clerical prerogatives and privileges that were formulated in late antiquity and the medieval era are still at the center of what it is to be a member of the clergy today, as well as the impetus to protect these privileges” (pages 12-13).

Subsequently, Elliott says that “this book unabashedly posits a tragic continuity between clerical sexual abuse that was tacitly tolerated in the medieval church, protected by theologians and canonists alike, and the abuse we are now witnessing in the contemporary Catholic Church” (page 13).

In Elliott’s “Conclusion,” she continues her commentary about the Roman Catholic Church’s canon law (esp. pages 236-237), which is the context in which Elliott dismisses Pope Francis’ favorite theme about clericalism as basically a subterfuge.

Now, by way of digression, I want to mention here something that Pope Francis says in his new 2020 book Let Us Dream: The Path to a Better Future (Simon & Schuster).

In it, Pope Francis says, “The ignominy of our [collective] past, in other words, is part of what and who we are [as a collective people]. I recall this history not to praise past oppressors but to honor the witness and greatness of soul of the oppressed” (pages 28-29).

It strikes me that Elliott “honor[s] the witness and greatness of soul of the oppressed” in the dedication of her new 2020 book, quoted above.

Subsequently, the pope cautions us “not [to] cancel the shame of the past but [to] acknowledg[e] it as it is” (page 29).

Incidentally, elsewhere in his new 2020 book, Pope Francis reports that at one bleak time in his life that I would describe as a dark night of his soul he “read all thirty-seven volumes of Ludwig Pastor’s History of the Popes” (page 42). Then-Father Bergoglio most likely did not find reading all thirty-seven volumes about the popes to be edifying.

But concerned practicing Catholics can take heart from Elliott’s new 2020 book The Corrupter of Boys for the historical light it sheds on the church’s weird teachings about sexual morality and certain other matters – including its requirement of mandatory celibacy for diocesan priests, its opposition to married priests, and its opposition to women priests.

(This review was first published on the Amazon.Com website – in the ‘Reviews’ pages for Dyan Elliott’s book, ‘The Corrupter of Boys’. It is reproduced here with Professor Farrell’s permission.)