The Supper at Emmaus – by Caravaggio

For the earliest Christians the story of Jesus was ‘salvation’ right now – not just a promise of life after death. For Jews whose land was occupied by an often brutal foreign power a belief in Jesus’s resurrection was also a belief that Rome’s power lay at the mercy of the God of Israel and was ‘passing away’.

History was to prove them right. An empire that ruled by fear and the most cruel shaming had been overthrown where it most mattered – in the minds of  a minority who were quick to pass on this electrifying news.
The same story of Jesus, amplified in the Gospels, also overturned the myths that wealth, health and social status were signs of God’s approval, while illness or misfortune or extreme poverty must be proof of God’s condemnation. The assumptions that sustained the social pyramids of the ancient world had all been thrown into question.
So, in their own lifetime many of ‘the poorest in spirit’ had become convinced that they had never been deserted by a transcendent power that knew them individually – and the world’s greatest empire had been proven a hopeless judge.

In our own time, following the rise and fall of the prestige of Christian churches (over twenty centuries) a new global empire has arisen: the empire of global electronic media. Its favourites are no longer the military heroes of the ancient world but the ‘silicon’ hardware and software icons of the Internet, and anyone else who can ‘influence’ its markets. Everywhere the teenagers of today can look for proof of their own significance on screens they need never darken. 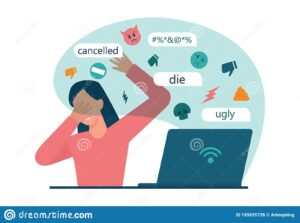 The power of ‘social media’ lies in the simplest of assumptions – that our value and importance are determined by the judgement of others. Disappointment and elation – obscurity or recognition – honour and shame – are in the power of a handheld device that will tell us at a glance where we stand.
Anyone can therefore fall victim to an iron law of history.  Wherever there is a search for status there will also be the formation of alliances in the shaming of those who are anyway vulnerable.
That many of the young are now mentally distressed and disturbed as a consequence is now well established. To believe in the Internet – or in media generally – as the arbiter of a person’s worth – is, for millions, to become poor in spirit all over again. It is also to be in danger of entrapment in cults or conspiracy theories, completely isolated from reality and the real world.
What has the experience of media shaming taught Irish clergy?
An Irish Catholic Church that has fallen from high social prestige to social disgrace in little over a generation has so far adjusted poorly to this situation. Clergy whose vocations began before ‘the fall’ were themselves teenagers when their own corporation was a power broker of both honour and shame in Ireland. Resentment and even anger (much of it justified) can be their default reaction to the reversal of fortunes they have experienced. 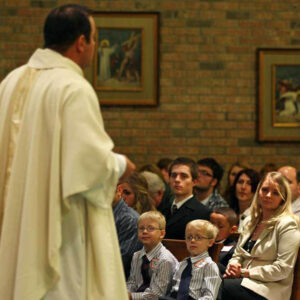 Can homilies address the challenge of online bullying?

There is another option – to look again at that human tendency to see ‘honour’ as truly in the gift of other humans – and to identify that as the driving force of all ascent to social superiority, in all eras – and as the ‘worldliness’ that Jesus came to conquer. If the Gospel story was not a revelation of that mistake – and of the fallibility of human judgement – even when all are in agreement – what was it?

Is not that mistake – the seeking of honour in the adulation of others – the root of all tyranny in all eras? Was not that the mistake of the sons of Zebedee also, and the root of all conflict?
Why should we not see the disgracing of the Irish church – at the hands of a secularising media – as deliverance in disguise – especially from the mistake of supposing that when the church was itself the great social arbiter of honour and shame it was where Our Father wanted us to be? Was it not to protect its social eminence, its ‘reputation’, that the clerical institution failed to be truly Christian in its protection of Catholic children?
Has not their own ‘humiliation by media’ been in truth a later stage of the ‘formation’ of Catholic clergy for the world of now? Is not the Creed – the shortest summary of the story of Jesus, and of Catholic belief – to be celebrated and re-affirmed now, in the face of a secularism that direly needs it?
Certainly there must be many Irish teenagers ready for saving from the mistake of believing their dignity is decided by the Internet – so intensely controlled merely by ‘the market’. Who is now ready for the rescuing? Is that not a calling for all of us?
For advice on reporting online abuse, click here.