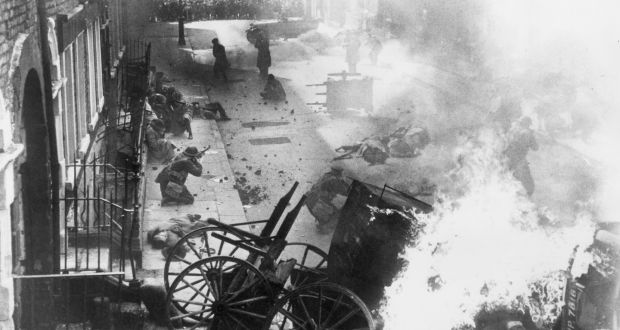 Associate professor of philosophy Séamus Murphy SJ has strongly argued in the pages of the Irish Times that the 1916 Rising should not have been chosen by the present Dublin government as the defining event of present-day Irish identity, and that the Garden of Remembrance in Dublin should also commemorate those who sought self-determination for Ireland by peaceful parliamentary means.

“Parts of the Rising’s current commemoration are acceptable, but its totality is deeply disturbing. Let’s acknowledge the bravery and discipline of the insurgents. Acknowledge too their irresponsibility in starting a rising in a city centre that foreseeably would (and did) lead to far more civilian than combatant deaths.

“As for having no realistic prospect of success, while it won’t pass the just war criteria, we can laughingly forgive a gloriously hopeless battle.

“Far more serious is the attempt of the Rising’s leaders, without authority from the living Irish people (as opposed to the imaginary authority of the dead generations), to establish a new state and themselves as its government with power to start a war and execute citizens. That cannot be laughed off.”