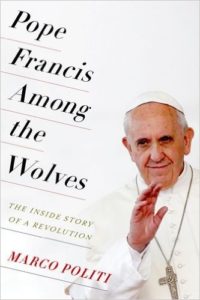 The encyclical Amoris Laetitia expressed Pope Francis’ theme of mercy in relation to those in difficult family situations.  The opposition to some of its passages that was formed by a small minority of prelates – seen as a revolt by some – has now sparked a counter-movement of support for the popular pontiff.

We in ACI are happy to to provide links to these sites and to encourage our members to contribute.  A return to a merciless legalism in the church would be a final defeat of the intent of the second Vatican Council (1962-65) which recognised the ‘change of era’ and the obligation of dialogue and reform that Pope Francis also strongly recognises.

The church cannot become a ‘club for the legally unblemished’ without deserving the criticism that Jesus aimed at the Pharisees and scribes of his own time:  that they had prevented many from entering the Kingdom of God and yet had not entered themselves.  We are all ‘works in progress’:  there is a dangerously thin line between moral legalism and the sin of presumption.