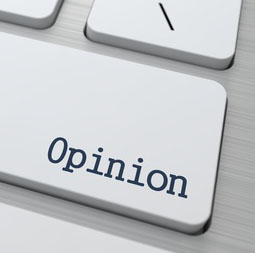 When Vatican II drew up its document ‘On Fostering the Nobility of Marriage and the Family’ (Gaudium et Spes, Part II, chapter 1, para. 47-52) the Bishops invited and listened to the voices of married persons and were attentive to their personal experiences. The result was a renewed, more realistic teaching. However, when the 1980 Synod of Bishops ‘On the Role of the Family’ was prepared and took place, only carefully hand-picked members of the laity were invited. They offered no critical voice and ignored abundant evidence that the teaching of the church on marriage and sexuality was not serving the needs of the faithful. It resulted in the Synod not producing anything pastorally helpful.

Through a British initiative, a Catholic Scholars’ Statement on Marriage and the Family has been drawn up in preparation for the 213 Synod on the Family. Prof Joseph Selling of Louvain University prepared the first draft. Selling is an expert on the issues involved. He published on the responses to “Humanae Vitae”, on the previous Synod on the Family in 1980 and on further developments. The draft was subsequently discussed at the colloquium of moral theologians (ATMT) in Leeds (8-10 November). It has now been published here www.johnwijngaards.org/statement/

The statement will be submitted to the Bishops’ Conference probably by mid December 2013. An earlier British initiative, the “Catholic Scholars’ Declaration on Authority in the Church” (www.churchauthority.org) has been signed by 215 theologians world wide (18 from the UK) and was forwarded to Pope Francis on the 9th of September – in both English and Spanish – with the signatures attached. An acknowledgment from Pope Francis was received on the 19th of September.

Anyone wishing to sign this statement or looking for more information should contact John Wijngaards by clicking here.