Synodality Virtues: a Culture of Non-Deference 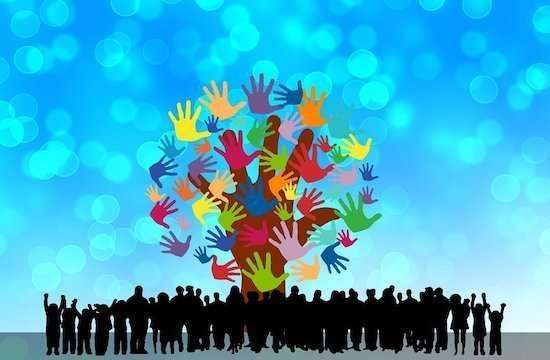 In the kingdom of God no one is more, or less, important than anyone else.

For Thomas O’Loughlin a synodal Church can be brought to life only if the culture of deference is put to rest.

One of the major cultural shifts in Western society in the 20th century has been the decline – in many places, the disappearance – of the culture of deference.

Many reasons have been advanced for this shift in how people relate in society, but all are agreed that it has occurred.

What is a culture of deference?

Deference can be seen in the notion that one would greet another, not as an equal in status and dignity, but as someone who is deemed superior to oneself. Deference assumes someone inherently deserves respect. It assumes that you acknowledge the other’s authority, superiority, or worth as radically different to your own.

In those countries that are still monarchies, there is still an in-built system of deference. This deference is based on just who the person is: people are not born equal – and so one must bow, curtsy or salute that person whose status is greater than yours. British coinage still asserts, in Latin, that the monarch is not only worthy of deference, but has been placed there by God. 2019.

More widely, there was the deference that went with positions of authority. People offered respect to police and army officers. (In some countries there was and still is a cult of honoring the army.) They offered deference to the civic officials, to medical experts, to teachers, and – of course – to the clergy.

The basic idea is that certain people were somehow “more” than the rest and should be given the first word. They should be heard with respect (i.e. not contradicted), and given the last word, as well.

Anyone who has been in hospital or a classroom recently knows that the culture of deference is dead. People do not want to be “spoken down to”. They want to be informed and allowed to make their own decisions. The age of the professor-is-god is over!

Moreover, those who used to be on a pedestal have been shown to be no different – and sometimes much worse – than the rest of us.

There was even the deference that came from money. We have all seen just how quickly a concierge or a receptionist in a hotel would respond to the needs of VIPs – and we find it insulting.

In the developed world, the age of automatic deference is over. And when we see people who imagine they merit such deference we react with a deep sense that we are all equal as humans and should just be treated with equal care and respect.

Deference has been feature of Christian life at least since the time of the Synod of Elvira (306 AD) when Christian ministers began to claim the special privileges that Roman culture granted to the pagan priesthoods (sacerdotia), such as the flamines and the pontifices.(Note that this occurred before Constantine’s Edict of Toleration in 311 AD.)

Indeed, very soon these titles were adopted by Christian ministers. They called themselves sacerdotes (and justified this by an unfounded appeal to the Old Testament) and pontifices.

We still call the book of ceremonies used by bishops the “Pontifical” and refer to the Bishop of Rome as the “Supreme Pontiff”.

Along with the titles went the uniforms — the heel-length gown (vesta talaris) that (usually called a soutane or cassock in English) is still used by those ministers who like being clerics.

The use of purple – look at the trimming on the soutanes of monsignori and bishops – and the use of the title “reverend” (literally: O revered one) also comes from this ancient imperial culture of deference.

Bishops’ purple attire is a legacy from the highly stratified society of the late Roman Empire. It was a culture built upon deference whereby the ‘lowers’ gave homage to their ‘betters’ and their ‘betters’ acted as their patrons.

More importantly than the kit, is the attitude that being the subject of deference brings. It assumes that the revered one can speak first, is not challenged as to what he says, and then has the last word.

In a culture of deference, what Father says, goes!

However, we see ourselves, not as subjects, but as brothers and sisters in baptism who are on a common pilgrimage of faith. All of us need to recall that no one likes to be patronized or “spoken down to”.

Just imagine going into any group of adults (or even a schoolroom for that matter) and then speaking for 5-10 minutes. What else would happen? There would, at the very least, be questions! Only an idiot would not make room for a “time for questions” into the plan for this communications slot.

Others would probably want to share their experience of what the speaker had been talking about. At the very least, into a 10-minute slot, a speaker would build in some time for reactions and comments.

If the communicator has had any training – or natural skill in talking to people – the whole event would take the form of a dialogue. It would be more like a class than a lecture. It would be done – at the very least – with some Q&A-style dialogue. The style would be informal. For instance, it might pick up on the common jokes of the group on that day. And, unless one wants to intimidate a group when giving them a “dressing down”, it would be done at the same level as them. Moreover, it would not be done from any throne or lectern.

Now think of the way that most homilies are given. The culture of deference still exists for most of those – be they bishops, presbyters, or deacons – who preach at our celebrations of the Eucharist. Pulpits are places of power and belong to cultures of deference. The pulpit is the image of ‘being spoken down to.’

Few pulpits remain in our buildings, but we still use the metaphor. More importantly, we still think in terms of one-speaking / others listening. The pulpit mentality is still central to most Catholic liturgies.

If you want proof that it no longer works, then stand at the back and watch the assembly and how they are moving their heads. How many are actually listening? How many are engaged? How many are looking at their iPhones?

The Church is out of sync on the subject of deference. That which most clergy take for granted is given them. But it is resented and becomes just a token. People have moved away.

Bishops are often glad to get presbyters from developing countries where deference is still part of the culture. But these men in not realizing that deference is no longer part of our culture are often pushing people away from the gospel. This is a matter that needs cultural education.

We have a variety of ministries in the Church. We have to learn anew how to respect these differences without appealing to the modes of deference.

We are seeking to become a synodal Church, but the assumption of every synod is that all who meet at “the cross-roads” (the synodos) do so on a level-playing field. If we try to become synodal while ignoring that many of the laity involved no longer live in a world of deference, then the process will lead to resentment, frustration, and rejection.

We need to make a virtue of living in a post-deference society. If you miss that – for instance people deferring to you or greeting you by kissing your ring – then that is sad!

If we go into the synodal process without this virtue of post-deferential relationships with others, this process (on which many are pinning their hopes for the renewal of the Roman Catholic Church) will lead to the alienation of many of the very Christians we need for our renewal.

Thomas O’Loughlin is a presbyter of the Catholic Diocese of Arundel and Brighton and professor-emeritus of historical theology at the University of Nottingham (UK). His latest book is Eating Together, Becoming One: Taking Up Pope Francis’s Call to Theologians (Liturgical Press, 2019).