The Creed and Fear of Ridicule 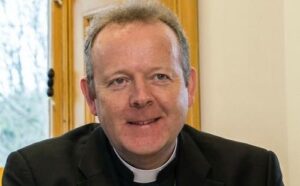 Archbishop Eamon Martin – What are the trolls searching for?

“There’s a lot of people in Ireland today who want to live the Christian faith, who want to be Catholic, who want to publicly profess their Catholic Faith and feel they cannot do so because of ridicule, because, in some cases, of downright oppression of what they believe in, and perhaps verging on forms of persecution.”

So declared Archbishop Eamon Martin recently, in a ‘St Patrick’s Podcast‘ – in response to interviewers Martina Purdy and Elaine Kelly.

This repeats a theme that the archbishop spoke of in May 2020 – in a Belfast Telegraph interview. “The harshest criticism and mockery tends to come in social media, often from people or trolls who have never met me…I ask myself: ‘What are these critics really saying or searching for?”

As the answer to that question is most likely the applause of an internet audience – and modern ‘applause’ is what ‘glory’ was to the ancient world – what is happening to Catholics and other Christians in Ireland today is exactly what happened to the earliest Christians, and to Jesus before that.

‘You look to each other for glory‘ Jesus told his critics (John 5: 44). No more brilliant explanation of media shaming has ever been uttered. Modern media – especially the Internet – are the Roman arena of our time – where would-be verbal gladiators vie for the applause of a crowd that could be global.

Yet it was in that very Roman era of persecution that the Christian Creeds were also compiled – short verbal summaries of a story that all Christians needed to know and believe. Their self-respect depended absolutely upon their ability to recite, inwardly, the Apostles Creed, in any adverse situation. It reassured them that the worst trolling of all – crucifixion – had been totally unavailing against the person they carried in their hearts and minds.

That is what the story of Easter means – the loving truth cannot be shamed.

Christianity almost lost the meaning of the Creeds when Christians themselves became socially and politically powerful, after 312 CE.  Worse still, the Creeds came to be used as instruments of shame in the Middle Ages, against those who disputed doctrines derived from them. Within living memory, self-righteous members of the Irish Catholic Church mistakenly believed that their faith gave them a licence to shame others – and the trolling and ridicule we can now expect in some situations is a reaction to that era.

This is a learning moment – to help us understand more fully our basic prayer and summary of faith. It was repeated internally in earliest Christian times – as reassurance that the cruel, shaming Roman world was passing away.