The movie ‘Spotlight’ and the church’s need for outsiders 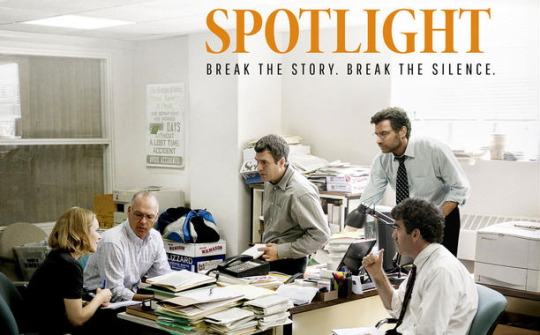 Warned by media and friends to compare the movie Spotlight with the 1976 classic All the President’s Men I am now intensely grateful for that misdirection. It meant that Spotlight was a complete surprise, and a stunning reminder of the Catholicism that for most of my own lifetime did not want to look closely at clerical sexual abuse of children.

All the President’s Men stood out because it pressed all of the familiar buttons of the media-integrity-versus-political-perfidy movie genre. It was, first and foremost, a ‘star vehicle’ for Robert Redford as rookie journalist Bob Woodward, with Dustin Hoffman as the more seasoned adviser, Carl Bernstein. Jason Robards played their rugged pressure-resistant editor Ben Bradlee – and these ‘iconic’ three turned the movie’s Washington Post into the equally ‘iconic’ crusading newspaper.

By contrast President Richard Nixon’s ‘plumbers’ – the Republican party’s secretive dirty-tricks squad that goofed so badly in burgling the Watergate offices of the US Democratic party in 1972 – were cast as grim ‘special ops’ subversives who might even stoop to murder in the echoing underground car parks where Woodward met in the early hours with his never-seen high-level source ‘Deep Throat’. The latter’s whispered advice to ‘follow the money’ led Woodward and Bernstein to the source of the cheques used to finance the defence of the plumbers – Nixon’s own re-election campaign funds. This eventually tied Nixon himself to a conspiracy to break US law, and his resignation.

So far none of the reviews of Spotlight that I have read have noticed that at every level this 2015 movie not only overturns the Hollywood clichés of All the President’s Men, it defies the Hollywood star-as-hero convention also, and obliges us – if we are paying close attention – to re-examine all of our own assumptions about heroes and villains and the triumph of good over evil. Those who find the 1976 movie superior need to think again. 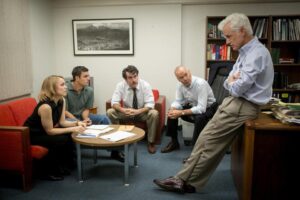 The Spotlight team adjusts to the scale of the story that will shock Catholic Boston to its roots.

To start with, few will come out of Spotlight remembering the individual names of the team who finally exposed the scale of concealment of clerical child sex abuse in Boston. The reason is the superior understanding on the part of writers, director and cast of the haphazard nature of ‘heroism’ – and of the even more important fact that no one is always a hero, or always necessarily a villain either.

Secondly, the movie does not hinge on a dramatic contrast of the Boston Globe’s staff with those Catholics, clerical and non-clerical, who knew of the scale of the disaster in Boston and colluded, to different degrees, in concealing it. Instead we come to realise that the movie’s key question is why the Globe had not tackled the story years earlier, when some of the most active survivors of abuse in Boston had provided members of the very same team with a sufficient body of clues to kick-start the paper’s investigative ‘Spotlight’ team.

The answer gradually becomes apparent: the Globe too had been fully complicit in the deep-seated Boston Catholic rubric of not embarrassing publicly ‘our own priests and cardinal’ who had to be seen by everyone, as a matter of generic Catholic-ghetto obligation, as good men doing good work.

For me the most fascinating aspect of the film is this refusal to contrast ‘heroism’ with ‘villainy’ – as Hollywood has trained us to expect. That expectation will look for satisfaction in a scene where Boston’s Cardinal Archbishop Bernard Law – who had all of the threads in his hands – is confronted with the Globe’s compiled evidence – perhaps with a ‘deny that, your Eminence’ flourish. There is no such scene – not even a scene where Cardinal Law receives the conclusive, dam-opening issue of the Globe.

Instead the cardinal appears only once – in the early part of the movie. He recounts with satisfaction his own editorial challenges decades earlier, in a southern state – faced with the issue of black civil rights. This is not played as farce: Law is taken at face value – as also once-upon-a-time a courageous editor. He tells that story, without the slightest self-doubt, to the Globe’s new Jewish editor. The latter has come to the cardinal’s residence for a routine self-introductory visit – and shows not a flicker of disbelief.

This is the genius of the film: it is not Bernard Law who is under the most unremitting spotlight – but the Globe’s Spotlight team itself.

It follows that the movie also invites all concerned, on all sides of this crucially important issue, to reflect without self-exoneration or scapegoating, on our church’s central problem: clericalism. It tells us unmistakeably that the latter was never simply, or even mainly, a matter of clergy wanting to be on pedestals. Clericalism reflected also the need of Catholic parents too, over many generations, for delegated celibate must-be-superior-men-apart – role models for their sons. That cradle-Catholic myth was central to who we once were – who we thought we had to be – by God-given instruction.

The movie has lessons too for Ireland’s now mostly disbelieving media brokers of honour and shame. Just as the Globe’s staff had been complicit in the dominant Catholic ‘cover-up’ culture of that time, so could our current generation of journalists fall victim to the temptation to flatter Ireland’s new socio-economic elite and to hide the self-interest of that elite in a political status quo that is increasingly unjust and anti-egalitarian. 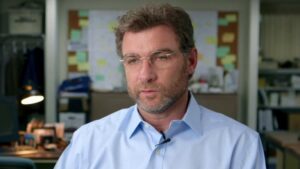 Finally, all of us should notice that the Boston Globe’s staff was brought to task by an outsider, the new blow-in editor who had no vested interest in not ‘suing the church’. That editor too could have been framed as the Hollywood hero in Spotlight, but here again the script, the direction and the acting tell us something else. Marty Baron knew he was fortunate to have no eggs whatsoever in Boston’s fragile Catholic basket, because he was both Jewish and a complete stranger to the city.

Irish Catholic bishops would do well to study this lesson. They parted all too quickly with their own kindly and observant outsider, the Presbyterian Ian Elliott, in 2013. As first CEO of the Church’s child safeguarding board, the NBSCCC in 2007, Elliott quickly established for the board a reputation for integrity that it couldn’t otherwise have gained. The full story of Elliott’s too-early departure from that role is not known – but two things we do know for sure. First, while still in office, Elliott was publicly criticised – quite unjustly – by the bishop of Down and Connor, Noel Treanor – for allegedly ‘spinning to the media’ against the bishops. (Bishop Treanor was eventually obliged to acknowledge this injustice himself.) 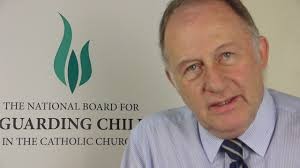 Secondly, Elliott has since argued that a crucial component of child safeguarding is not yet in place in the church because of the still unsettled issue of how the undivided power of the bishop is to be reconciled with the principle of accountability.

As recently as May 2014 Elliott wrote in his blog: “Increased accountability means increased transparency combined with greater lay involvement, and more professionalism in the safeguarding decisions made in the Church. It also means a shift in the power balance within the Church through the introduction of an accountability framework that is robust, independent of the hierarchy, and itself subject to scrutiny. None of this should be unachievable if there is sufficient will for it to happen.”

In light of the continuing mystery over Elliott’s premature departure from the NBSCCC and the continuing absence of real transparency in the working of the Irish Bishops’ Conference, every Irish Catholic parent needs to consider the possibility that Elliott lost the favour of the Irish bishops because they baulked in the final analysis at both real transparency and real accountability. The complete independence of the NBSCCC – and the complete safety of Irish Catholic children – are still seriously in question.

Irish bishops need to note also the conclusion of the president of the Centre for Child Protection at Rome’s Pontifical Gregorian University, Fr. Hans Zollner. On Jan 20th 2015 Zollner told the German newspaper Publik Forum that the “most typical danger” is the attitude that clerical sexual abuse is best solved by the church itself. “The root of many really serious problems is when the church says, ‘We will solve this problem internally as only we can really understand it.'”

As Spotlight vividly reveals, that was exactly what was wrong in Boston in the time of Cardinal Law. Without a strong outsider component which also involves survivors of clerical abuse, the NBSCCC is still an ‘insider’ safeguarding mechanism in Ireland – and Irish Catholic clericalism is not necessarily dead. Reminded so powerfully by Spotlight of the dangers of that situation, none of us should be satisfied with the NBSCCC as it stands. Our bishops have yet to measure the full depth of failure of the governing structures they still maintain.

This is why every Irish Catholic should see Spotlight in this Catholic year of mercy. Miraculously, it is a merciful as well as a truthful film – a gift to the obligation of Irish Catholic dialogue in the aftermath of deep trauma. It is especially welcome because that necessary all-around-the-table dialogue on the very recent past hasn’t yet truly begun.