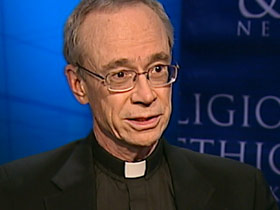 “The overwhelming vote in Ireland in favor of allowing access to abortion shows that the pro-life movement needs a new strategy. Trying to preserve anti-abortion laws or trying to reverse the legalization of abortion is simply not working.”

So declares the US Jesuit commentator Thomas Reese in a piece for ‘Religion News’.

Reese goes on: “In almost every country where abortion has been on the ballot, abortion has won. Rarely have pro-choice laws been reversed. This trend is not going to change. To think otherwise is simply ignoring reality.”

Addressing the situation in the USA Thomas Reese continues:

“The answer is simple and obvious: work to reduce the number of abortions.

“When women are asked why they are having an abortion, the main reasons given are that having a baby would interfere with their education, their work or their ability to care for the children they are already raising, or that they simply cannot afford another child at the time.”

Presumably Reese is referring here to studies done in the USA, but what is known in Ireland of the reasons given for seeking an abortion. Do those same reasons apply? If we don’t know for sure then arguably the first step in developing a new strategy against the seeking of abortion here should be to find out – to inform ourselves of the up-to-date situation.

In the meantime the Irish pro-life movement needs to ask itself if it wants to put all of its energies into a reversal of the May 25, 2018 referendum result. Arguably the pro-life cause in the referendum campaign was lost because it was entrusting the protection of life in the womb to the state – to the Irish constitution and to the criminal law based upon that – rather than to women themselves. It was surely this that allowed the repeal cause to call so effectively for an ‘end to patriarchy’ and to win the support of so many Irish women whose natural inclination is almost certainly very far from being ‘anti-life’.

How many women choose abortion because they lack a sense of community support for their predicament?  The principle of social solidarity, so central to Catholic social teaching should kick in here, but does it?  Does the church too often present instead a judgemental and indifferent face from the woman’s point of view?

On this, as on other critical issues such as faith development we seem to lack up-to-date research data in Ireland. Time for change!