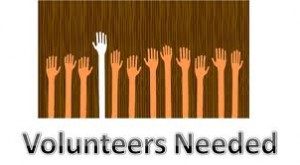 The best criticism of the bad is the practice of the better’ Fr.
Richard Rohr – Emerging Church ‘…statistically it still looks like
Catholicism is the biggest worldwide religion. The second biggest
grouping are the Catholics who have left!’ Fr. Richard Rohr , An
Evening with Richard Rohr – United Methdist Church, Chatham, New Jersey.

Dear Association organisers and members. I write this message as perhaps
an appeal or at the very least a conversation starter. I awoke during
the night and as I very often do when that happens I prayed. But I was
unsettled and began to construct the bones of this message in my head.
The core threads of it are: Isn’t the time for pointing out what’s wrong
with the existing church structures, doctrines and laws over…..isn’t
it time to get on with just doing the better? What more can be gained
from simply repeating ourselves? Isn’t it time we stopped waiting for
the initiators and creators of change to be the people who really don’t
want it – the hierarchy of the church? Isn’t it time to start listening
to the head of the Church, Jesus, about the church He wants to create
and then just go do it? I’m disappointed to find when I look at groups
like the Association of Catholics in Ireland and We are church that there
seems to be little happening in terms of events to discuss, inspire,
encourage and create the new practices that will engage the youth, the
millennial, the discouraged, the excluded and that will begin to infect
our mother church leaving her with no choice but to react. One of the
questions that came to me in the night to add to my message
was…….’where is our call to action? I was then very encouraged and
moved to discover, when checking my facts, that there is actually an
event listed on the We Are Church Website called ‘Speak Out for Reform
In The Catholic Church – A Call to Action’. I haven’t read the book yet
by Joe Mulvaney and look forward to doing so ….. I hope to find that
the content will all be focused on as he says ‘ACTION’… grabbing the
proverbial bull by the horns and creating the better and not just
pointing out again whats wrong ……. the vast majority of Catholics
who are still engaged in any level of contemplation on their faith, both those
who have left and those who have remained know that …… what we now
want to do is get busy practising a better way.

However, whatever the content will be at that event please get the word
out there about it through every possible channel. Groups like The
Association of Irish Catholics need to engage in a ‘CALL TO ACTION’
bringing people together with an agenda to ACT on Creating The
Better……. the only permission we need is from God and the only
guidebook we need is the Gospel.
Thank you and God Bless
John Farrelly