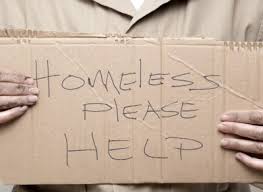 In an article for the Tablet of Nov 8th, 2014 Brendan Hoban describes the Irish Catholic church as ‘on the edge of the abyss’. His argument is unavoidable and stark: while the last window of opportunity for addressing the severe clerical manpower crisis is swiftly closing there is still no sign that Irish bishops want to find an alternative to their present strategy for tackling it. This boils down to maintaining the current recruitment requirements, more intensive prayer, and trust in God – with, in Brendan’s phrase, no ‘Plan B’.

The Irish Association of Catholic Priests, which Brendan Hoban founded and helps to lead, obviously needs to be deeply concerned about this vital issue – but equally it needs to give a focused attention to something else. The drying up of Catholic clerical vocations is itself surely indicative of an island-wide loss of confidence in the relevance of the church to the other deepening Irish crisis – the crisis of secularism, north as well as south. A clergy concentrated exclusively on its own survival can only confirm this scepticism by deepening the disconnect between the internal Catholic crisis and the wider acute crisis of Irish society.

In the Irish Times of Nov 11th, 2014 Fintan O’Toole declared that we cannot now even depend upon the Irish political system to maintain the stability of the country. No single political party, and not even any coalition of parties, may be sufficiently strong after next year’s general election to form a stable government. The growing Irish preference for independent candidates speaks of a disillusionment with all of the ideologies that underlie the major parties – and even of a distrust of the constitution as it presently operates. Where is the political vision called for by the Church of Ireland primate, Archbishop Richard Clarke, in late October – and who can quarrel with his major contention: “there is a hopelessness in our land that we must also challenge in the name of Jesus Christ”?

Addiction, depression, homelessness, fear of violence, loss of meaning – all these are rampant in Ireland now – and not just in Ireland either. One top US intelligence professional with thirty years of experience declares that all of the conditions necessary for revolution are present in the US and the UK – lacking only a ‘precipitant’ such as the Tunisian fruit-seller whose self-immolation set off what became known as the Arab Spring in 2010. Confirming that diagnosis, Thomas Fox of the US National Catholic Reporter has declared in the wake of the mid-term congressional elections that the US political system has effectively been bought by the anonymous oligarchy that funds the major parties – with the connivance of the US supreme court, which flunked an opportunity in 2010 to make that impossible.  The long-standing argument that income inequality is a necessary spur to endeavour has given way to a revulsion at the scale of self-indulgence of the ‘1%’.

It follows that if the Irish Catholic church is facing an abyss, so is the secularist dream of no-cost inevitable progress and prosperity on the heels of the market. And right at the core of that growing secular crisis is the fear that our human susceptibility to personal corruption may triumph over all political idealism in the end – that no political movement can be trusted.

This in its essence is a spiritual crisis, with the future of the planet itself also at stake if humans cannot find an abiding integrity. For Christians the obvious route to that integrity is through a radical and penitential regrounding of ourselves in a deeper commitment – to ideals such as the common good, the protection of the weak, communal solidarity, equality of dignity, subsidiarity, simplicity of life, personal accountability and transparency. 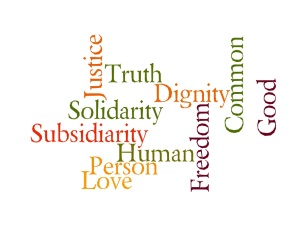 Isn’t this where Catholic Social Teaching is deeply relevant, if all of us could simply agree to get our heads around its passionate essence? Ireland’s deepest clerical problem is surely the almost total lack of interest shown by clergy in that teaching – and their failure to engage their people in a vital discussion of all of the illnesses of modern culture. This is surely the basic reason our church cannot currently capture the idealism of most of Ireland’s younger people: the latter cannot see what the church is for, beyond levering the state to impose its own pelvic moral priorities on everyone else.

If the Irish hierarchy is to remain solely focused on those ‘culture war’ issues, and the Irish priesthood can think only about the problem of its own survival, who is to address the question of the church’s relevance to the wider spiritual and moral crisis of Irish society?

Pope Francis is surely right in believing that until we abandon an exclusive inward focus on what’s wrong in the church, and turn outward toward the greater suffering of an abandoned multitude, we cannot heal ourselves. If the Irish Catholic Church cannot address the wider crisis of Irish society why shouldn’t it disappear altogether? Discovering its mission in that regard – and as soon as possible – should surely therefore be its greatest priority – if it is ever to heal itself.