Towards a Synodal Pathway for the Catholic Church in Ireland’: Nicola Brady 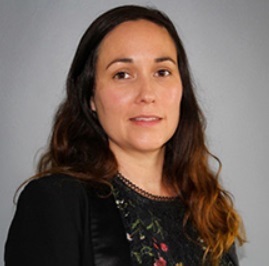 Recording of this event, held on 24 Feb ’22 is available below

Dr Nicola Brady is the Chair of the Steering Committee for Ireland’s National Synodal Assembly. She has recently been appointed General Secretary of Churches Together in Britain and Ireland (CTBI).

She has particular experience in the area of faith-based peace-building on the island of Ireland and internationally, including human rights advocacy, support to victims/survivors, facilitation of civic dialogue, community engagement with policing, and research across a broad range of issues relevant to reconciliation.

She is a Director of Christian Aid Ireland and the Maximilian Kolbe Foundation, which works to extend the lessons of German-Polish reconciliation post-World War II to other conflict areas.

On Thursday 24th February Dr Brady spoke via Zoom about the vision for the Synodal Pathway. She outlined the planning work underway and how this relates to the work being undertaken for the Universal Synod (2023) – and shared some of the questions and learning emerging as the steering committee progresses.

She then spent over an hour fielding questions from an eager Zoom attendance of over 130 – and responding to comments that reflected the entire gamut of Irish experience of synodality so far.

“The Synodal Pathway Steering Committee does not direct what happens in dioceses or parishes.​”

While some have already had rewarding experiences of listening and being heard, others tell of little or nothing happening in their own space so far – and wonder how synodality is to become a reality for themselves if no  formal means of participation is provided in their own locale.

Explaining that the steering committee does not direct what happens in dioceses or parishes, Dr Brady emphasised that informal exchanges between acquaintances, in a spirit of shared concern for the rebuilding of relationships, post-pandemic, will qualify as ‘synodal’ also. We do not need to suppose that only formally arranged events, organised within the existing diocesan and parish church structures, can qualify.

She urged everyone interested to convey to others the openness of the process, and that synodality is to be considered more as a permanent way of relating to one another from now on, than as a time-limited effort directed only towards a scheduled end, e.g. the 2023 synodal assembly of bishops in Rome.

No one should feel excluded from the question of what God is wanting from the whole people of God at this time, as we emerge from a place of lost trust and many hurts. No one’s experience is unimportant and the wisdom of the Holy Spirit is not confined to the ‘academically qualified’. To become the mutually compassionate ‘field hospital’ of Pope Francis’ vision, the church now needs everyone’s gifts.

This quick sketch does scant justice to the ground covered by Dr Brady and the other participants in over 90 minutes. A complete recording of the event is viewable below.