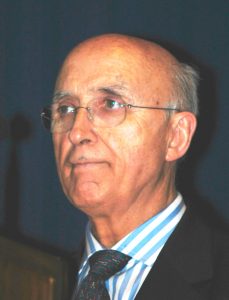 “At the Vatican the ideas and interests of the cardinals, bishops and monsignors that represent the conservative clergy far outweigh the deprived needs of the hundreds of thousands of Catholics who live in the Amazon region.”

This, according to one of South America’s most influential theologians, is what chiefly impedes the efforts of Pope Francis to reform the church.

José María Castillo is the author of some of the most influential books that followed Vatican II (1962-65). Now, at the age of 90, Castillo has weighed in to the furore that has followed the pope’s document in response to the 2019 Vatican summit on Amazonia, Querida Amazonia.

According to an article published by Castillo on Feb 17th, 2020, it is clericalist denial of the lay rights defined in Lumen Gentium 37 that is today the greatest threat to the global church, not the illusory danger of schism that is often threatened by many of these clericalist resistors of reform.

“Like all Christians, the laity have the right to receive in abundance the help of the spiritual goods of the Church, especially that of the word of God and the sacraments from the pastors.”

He goes on to argue that the declaration of this right imposes an obligation upon clergy that they are not discharging in resisting the ordination of mature married men.

Citing a decision of St Cyprian of Carthage dating from 245 CE, Castillo insists that it is from the people that the authority of bishops derives, as proven by Cyprian’s decision that the people of a diocese even have the right to elect their bishops.