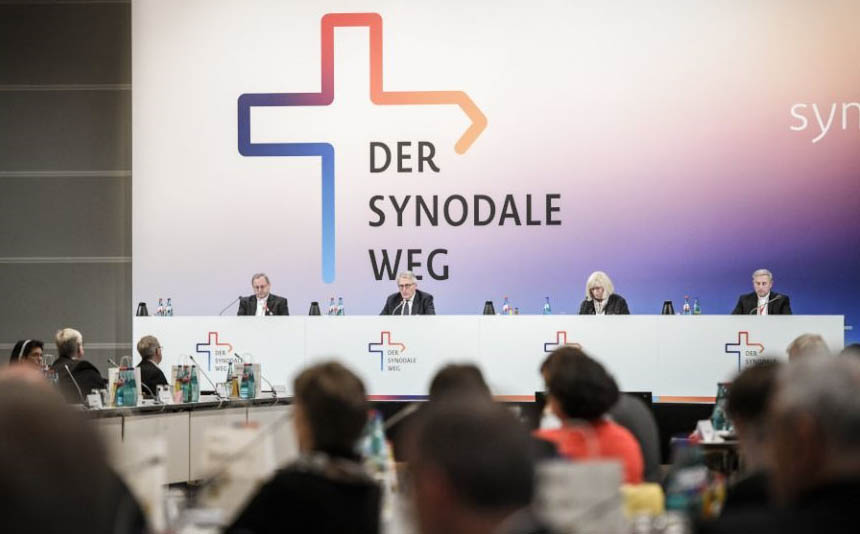 In a clear ‘shot across the bow’ of Germany’s ‘Synodal Path’ process – ongoing since 2019 – a Vatican statement has warned that nothing decided by Catholics in Germany alone can lawfully bind Germany’s bishops, who are obliged by their office to maintain unity with the universal church.

The statement insists that “it seems necessary to clarify that the ‘Synodal Path’ in Germany does not have the faculty to oblige the bishops and the faithful to adopt new forms of governance and new approaches to doctrine and morality.”

And: “It will not be permitted to initiate new structures or official doctrines in the dioceses before an agreement has been reached at the level of the universal Church.”

The Vatican statement also expressed the hope that the German Synodal Path “will be integrated” into the process of the universal synod on the future of the Church, which Pope Francis launched in September 2021. That universal process is to culminate in the autumn of 2023.

Pope Francis is also known to be concerned about the possibility of Germany ‘going it alone’ on issues such as the ordination of married men and of women, and the blessing of same sex unions. In a recent interview with Jesuit magazines he said that Germany already has “a very good Protestant Church“, adding “we don’t need two of them“.

La Croix International reports a German Vatican source as saying: “At some point, the German bishops will need to clearly say, ‘We follow Rome’ or ‘We don’t follow it‘”.

With the German ‘synodal path’ set to reach another decisive stage in September 2022, Germany’s bishops are now in a most difficult place – with many thousands of Catholics leaving the church every year in the wake of shocking revelations of clerical sexual abuse of minors in 2018.

(In September of that year a report by the German Catholic Church found that 3,677 German children, mostly 13 or younger, had been sexually abused by Catholic clergy between 1946 and 2014.)

For the complete report of the Vatican’s warning in ‘La Croix International‘ click here.