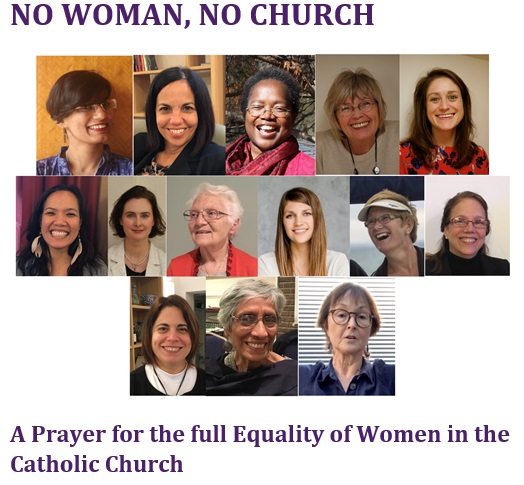 We Are Church has produced a prayer and video for International Women’s Day.

NO WOMAN, NO CHURCH