Was Jesus a whistleblower too? 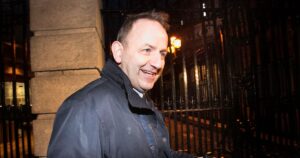 On Jan 24th, 2017 the Irish Government established a commission of inquiry into the origin of false allegations of sexual abuse against the Garda whistleblower, Maurice McCabe. This is the latest in a long series of deeply depressing scandals involving all of the institutions once respected in Ireland, including the Catholic Church. Sean O’Conaill asks why integrity seems to be so rare, and how we are to find it.

Nothing in Ireland has been as dispiriting in recent decades as non-stop revelations of misuse of power and even of serious corruption in high places. All major institutions of church and civil society have been implicated. Not even the major beneficiary of these scandals, the media, have been exempt.

We have long known that all power tends to be abused, but Irish revelations of abuses of power have become almost epidemic in the lifetime of everyone born before 1990 – so much so that we can come to wonder, like Diogenes, whether an honest individual can any longer be found in high places. That whistleblowers – those who shout ‘stop’ to abuses of power – still do surface is a bright light in the darkness, but Garda Maurice McCabe’s experience of malicious ‘blowback’, of the most damaging of false allegations and even possibly of high-level ‘fitting up’, is truly frightening. Everyone who might still be called upon to be a whistleblower in Ireland knows now what could happen to themselves in the very worst case. 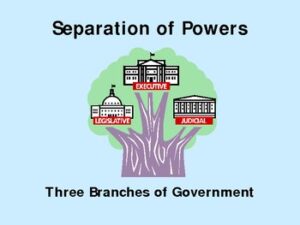 The Enlightenment’s solution to abuse of power

The standard secular solution to this problem of abuse of power is to divide and limit power by making it always subject to accountability. Strictly applied this means that everyone exercising power must be ready to account for their actions to someone else, and ready to resign or be sacked if found wanting. Yet here again there is huge depression in Ireland over apparent mass immunity from the accountability principle. The guiltiest individuals will take great pains to hide their tracks, while tribunals of inquiry are always costly and tend to grant immunity to witnesses in exchange for testimony. This then leads to a dispiriting popular verdict on all of Ireland’s educated elites: ‘those people always look out for one another’. In reviewing the Garda McCabe case, and an earlier Garda precedent, the ‘Kerry Babies’ case of 1984, the historian Diarmaid Ferriter concluded recently that the McCabe commission may unveil the truth of what happened – but (he finished) ‘don’t expect justice‘. There is a real danger of the total victory of cynicism in Irish society – even a loss of faith in human nature itself.

Secularism has never stemmed the human desire for privilege

No Irish secularising intellectual has yet pointed out that this near-despair directly challenges the basic optimism of the secular Enlightenment – the belief that human nature, freed by science-based ‘reason’ from religious faith, can build Utopia. Mass rational education alone, it was argued by some in the 1700s, would give everyone an honest livelihood, put an end to all crime and social hierarchy – and create a society at perfect peace. That same faith in reason, to the exclusion of any faith in God, still undergirds the Irish secularising establishment today. I haven’t yet seen any persuasive rationalist explanation of the complete failure of that optimistic 18th century prophecy.

What the secular Enlightenment ‘got wrong’, it seems to me, was to suppose that, freed from ‘faith’ by ‘reason’, everyone – with just enough education – would become heroically virtuous. Those secularising evangelists did not see how dependent we are on others to shape even our desires for wealth and status.  They hugely overestimated the capacity of any of us to stand freely apart from the human context in which we find ourselves. That we are always hugely dependent upon peer groups for self-esteem and self-fulfillment – and even for a sense of personal security and safety – was overlooked. That mass education would produce not equality but a sense of entitlement to privilege among the most successful, was not foreseen.

If we abandon all faith that there can be any higher power than this ‘society’, we may then, as individuals, be totally bereft of support in the face of ‘peer pressure’ – the pressure simply to conform to the norms of the group we aspire to belong to. Secular egalitarianism has never found a cure for the human desire for social superiority, but still cannot acknowledge this failure.

Catholic hierarchy was also a corruptive force in Ireland 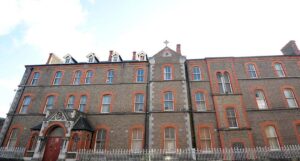 Far from advocating here a restoration of the power of ‘the church’ as it was before 1992, I would argue instead that the Catholic clerical establishment in Ireland was also oblivious of its own power to corrupt individuals – especially by exaggerating the individual Catholic’s obligation to defer to higher clerical authority in matters of moral judgement, as a matter of faith. Why else would no cleric – and no strong lay voice – have cried ‘shame’ when defenceless young women were imprisoned and shamed by the Magdalen system? Why else would whistleblowers have been so scarce among the religious orders that ran the institutions for helpless children indicted in the Ryan report of 2005? Why else would Bishop Jim Moriarty have been the sole bishop to confess serious personal failure in the handling of clerical abuse in the Dublin archdiocese, following the Murphy report of 2009? And why else would Dublin Gardai in some instances have failed to investigate credible allegations of criminal clerical abuse, at the request of a bishop?

The ‘prevailing culture’ that Bishop Moriarty agreed he had failed to challenge in Dublin was precisely analogous to the culture of toleration by the Gardai of the abuses that Maurice McCabe reported, while the harm caused to countless children by clerical failure was far greater than the harm caused by Garda inconsistency in the awarding of motoring penalty points. We must never forget that the Irish clerical establishment left it to outraged Catholic families to blow the whistle on the fact of – and the deadly dangers of – clerical sexual abuse of children.

This blindness, to the harm caused to the church – the people of God – by the equation of faith with unquestioning obedience to clerical authority, continues to this day. And this in turn is surely the reason that the full contemporary significance of the crucifixion of Jesus of Nazareth is neither seen nor preached by our clergy, in the context of the growing crisis of hope in Irish civic society. Never can it be seen or said (at least in my experience) that in Gethsemane Jesus was resisting precisely that fear of ‘the world’ – the threat of ‘blowback’ from our always hierarchical human power systems – that confronts every genuine whistleblower today.

Instead it is (or at least it was until recently) far more typical of clergy to contrast ‘the world’ with ‘the church’, to characterise ‘the world’ as at best ‘dangerous’ and at worst ‘profane’ while ‘the church’ – always to be equated with clergy – was to be seen always as ‘holy’ and unquestionable. ‘Worldliness’ got translated, mistakenly, as merely getting ‘caught up’ in the pleasures and distractions of the ‘material world’, while Jesus and his clergy could necessarily have their minds only on ‘heavenly things’. In accepting crucifixion Jesus was merely atoning for human historical sin at his Father’s request, not setting an inspiring example of courage and integrity for all of us to try to emulate.

Nothing could be better calculated to make the story of the crucifixion totally incomprehensible to the modern mind – and to make the Catholic sacramental system irrelevant to the crisis of hope that afflicts Ireland today. 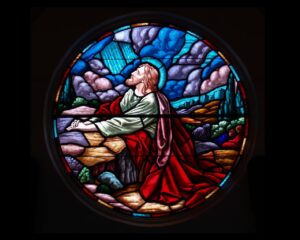 That religious system that Jesus opposed was also abusive of power. It excluded the poorest from a sense of God’s compassion, by imposing money barriers to divine mercy. It shut the Temple door on all of the ‘unclean’, including lepers and menstruating women. What if we were to see Jesus in Gethsemane as an exemplary whistleblower – awaiting the most excruciating humiliation for his rejection of that oppressive religious system? What if we were to see him as standing in solidarity with all who were and still are excluded and oppressed – including the church’s own victims? What if we were to see him at the side of Garda Maurice McCabe – and at the side of the falsely accused priest as well as the clerical abuse survivor – when their trials are at their worst?

‘In the world you will have tribulation, but be courageous. I have overcome the world.’ (John 16: 33). What if we could believe that here Jesus is speaking precisely to this time in Ireland today – and speaking also for the power of belief in a transcendent reality to give us the integrity we so desperately need, the grace to withstand the world – i.e. ‘the prevailing culture’ of our own peer group’s abuses, whatever those may be – in church or business, bank or civil service, TV studio or political party, policing unit or even Olympic sport?

And what if Jesus’ strength – the grace of integrity – is also the grace on offer in the Eucharist – for those who can believe these things? Those given charge of the Eucharist have surely a special obligation to discover its relationship to the supreme moral problem of our time – the problem of maintaining integrity in the face of corrupt power. That it could have no such relationship is unthinkable.  It is far more likely that integrity and holiness are one and the same.