What went wrong? Do our bishops want to know? 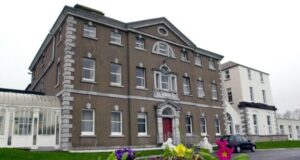 Vincent Twomey has called for Irish church leaders to inquire into Catholic failures in the last century. Sean O’Conaill here invites the ACP to support that call.

On July 3rd 2014 Vincent Twomey, emeritus professor of moral theology at Maynooth, called in the Irish Catholic for Irish Church leaders ‘to appoint an expert panel to review what went wrong in Irish Catholicism to cause the prevalent culture of abuse’. This was in the context of the imminent state inquiry into ‘Mother and Baby’ homes in Ireland in the last century. (Click here to open this Irish Catholic report in another window.)

Two weeks later, in the wake of the announcement that this inquiry was to be led by Judge Yvonne Murphy, the Association of Catholic Priests in Ireland called for this inquiry to take note of the findings of a study it had sponsored of the 2009 Murphy Report – to the effect that the latter had allegedly contained ‘significant deficiencies in terms of respecting the demands of natural and constitutional justice’. (Clicking here will also open this ACP page under another tab.)

My first reaction to this ACP statement was one of ‘more clerical circling of wagons’. I was struck by the apparent contrast between the priorities of the ACP and those of Vincent Twomey. Where the latter wants above all to know what went wrong when the political power and social clout of his church was at its zenith in the last century, the former emphasises the importance of doing full justice to the service given by Catholic clergy and religious when Irish society was immeasurably weaker economically.

I was struck also by the fact that the ACP had not reported Vincent Twomey’s initiative earlier in the month. Does this mean that the ACP is not also concerned to know what went wrong with Irish Catholicism in the last century when it must be obvious that something did, and to a deeply demoralising extent? Surely no one can question that by about 1951, when Archishop John Charles McQuaid could influence the fate of a government  ‘mother and child’ scheme, the suffering of the most unfortunate women and children, the Irish anawim, was also peaking?

Vincent Twomey is not alone in wanting above all to know why that was. In the wake of the Ryan report of May 2009 Bishop Noel Treanor eloquently expressed the same need: “We have to examine why this happened …. so that we have the best anthropological and scientific analysis available to try and understand”. It is still a mystery why the Irish Bishops’ Conference did not act on that suggestion five years ago.

How should we in the ACI react to these apparently different priorities? On reflection my own inclination is to give them equal respect. Opinion is still obviously divided on whether the Murphy report did full justice to the clergy it named as failing in their duty of care to Catholic children in Dublin. Many of us are still so deeply angry about that failure that we see the naming of the church personnel concerned as a relatively minor matter. However, I can see no harm in Judge Murphy bearing in mind the ACP’s own study of that. The overriding purpose of the ‘Mother and Baby’ inquiry should be to serve both justice and understanding – not to strengthen a tendency towards excoriation, even scapegoating, of those who served the church in a very different time.

But will the ACP also accept that there is a need to understand exactly why it was that when our church was eventually released from centuries of subordination, and then given a status that verged on state establishment, it failed to stand squarely in the way of the social shaming of those defenceless women it judged most morally at fault, and too often participated in their social exclusion?

Don’t we all need to know why our church did not see the cross as an expression of divine solidarity with all who are shamed and excluded, and as a challenge to put that right?

For those interested I have asked that question of the ACP in a post to the above ACP page.