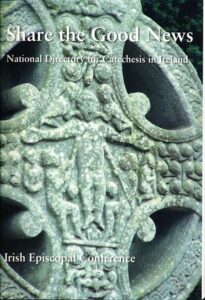 By January 5th 2021 there had been thousands of outraged phone calls to RTE about a satirical New Year sketch referring to God the Father as worthy of imprisonment for forcing himself upon a young woman.

On January 7th the Irish Catholic weekly reported that several Catholic priests were calling for a boycott of the ‘National Broadcaster’ for this ‘outrage’.

How many were outraged by a far more deplorable issue on January 5th, 2021 – the 10th Anniversary of a Ten Year Plan to ‘Share the Good News’, launched with huge fanfare on January 5th, 2011 –  but shamefully  abandoned within just a few years?

Not even in 2013, when Pope France launched his first encyclical ‘The Joy of the Gospel’ were our Irish clergy ready to ‘Share the good News’ joyfully – and to discuss with their parishioners how the Apostles and the Nicene Creed were still Good News for Ireland.

Instead, in October of that year, 2013, the same Irish Catholic was reporting that this Ten Year Plan had ‘stalled’.

The last findable reference to ‘Share the Good News’ on the website of the Irish Bishops Conference is dated May 2013.

So who is to blame if a hapless RTE scriptwriter in search of cheap laughs in 2020 fastens on the Christmas story for a New Year 2021 send-up?

And how many of those outraged priests are ready, right now, to discuss with their parishioners – school goers especially – what ‘conceived by the Holy Spirit‘ might mean, in relation to a teenage girl in the ancient world? (The Annunciation story in Luke’s Gospel is a total contrast to the coupling tales of e.g. Zeus and Poseidon in Graeco-Roman mythology and points up the sheer illiteracy of the RTE New Year 2021 slur.)

How many of the outraged callers to RTE have EVER participated in an adult discussion of the meaning of the Creeds with their parish clergy – to enable them to discuss with their own teenage children how the Creeds are to be understood, and cherished, in 21st Century Ireland?

How many times in those years have they stood for the Nicene Creed at a Sunday or Vigil Mass – to recite the Creeds without ever experiencing the ADULT FAITH FORMATION that ‘Share the Good News‘ was designed to put front and centre in every parish – nowadays with even their own adult children and grandchildren too often no longer at their sides?

If a burnt-out cathedral can be restored in five years in Ireland, at a cost of €30 million, who can believe that the financial resources to implement ‘Share the Good News’ could not have been found, if our Irish bishops, collectively, had the will to implement it?

So why is that will now lacking?

Have too many of our bishops been intimidated by scripture scholars whose ‘take’ on the ‘historical Jesus’ is that everything ‘miraculous’ in the scriptures – from virgin births to the Resurrection is ‘make believe’. Have they come to believe wrongly that adult faith formation cannot do anything other than subvert the Creeds?

Are too many of them better trained in canon law than in an apologetics, and an interpretation of scripture, that can deal with scepticism of that kind?

There is a very straight and simple answer to that scepticism. Had the earliest Christians not had the very best of reasons for believing in the Resurrection of Jesus there never would have been a Christian tradition, or a fifteen-year-old called Patrick praying on an Irish hillside four centuries later – or an Irish Catholic Bishops Conference either – or an Irish Catechetical Ten Year Plan called ‘Share the Good News‘ in 2011!

The Creeds were NOT the product of a Roman Constantinian Imperial edict in the 300s.  Their core insistence on the life, death and resurrection of Jesus of Nazareth is the core of the Gospels also, completed by around 100 CE.  They follow logically from Jesus’s own profession of faith, known to all Jews as the Shema – the faith that allowed him to withstand the scorn of the very best pundits of his own time, to unveil an always better kingdom of God, and then to die without condemning even his torturers.

As to ‘conceived by the Holy Spirit’, that was included simply to raise Jesus above all of the humans-conceived-by-Gods of the ancient world – for example Theseus of Athens – said to have been conceived by the Greek God of the Sea, Poseidon. No one needs to balk at that, given the complete and hair-raising mystery that Jesus was – from birth to death.

The Apostles Creed was proof tested in the most appalling tortures inflicted on the early church – from being torn to shreds by lions in amphiteatres to being impaled, tarred and set alight on the streets of Rome and other cities.

It was the Christians who believed the Apostles Creed who grew their church in spite of far worse trials than a New Year TV sketch – to a point where Constantine chose this Creed in the 320s – to ‘tweak’ just a little into the Nicene Creed – in order to rule an empire – with Theseus now just another dead Greek hero.

To ‘cut to the chase’, in 1943 – the year I was born – it sustained Sophie and Hans Scholl and Frans Jagerstätter – in dying lonely deaths in the face of the ghastly white supremacism of Adolf Hitler.

It can therefore withstand easily a few sceptical scripture scholars  – now that it sustains all Christians who can recite it, daily, in solidarity with that early church and with those who now give their lives in imitation of Him.

Where is the sceptical scholar who can explain how Jesus – if he was just another man – was capable of such self-giving, at such a cost, and with such loving effect on so many others  – if his faith was truly unavailing?

As for RTE scriptwriters who want to depict God the Father as in need of locking up for awhile – does Our Abba not have far more serious problems to worry about?

Including, especially,  twenty-six Irish bishops who adopt a terrific ten-year-plan to ‘Share the Good News’, launch it with fanfare in 2011 – and then lock it in a drawer in 2013 –  for lack of ‘resourcing’!