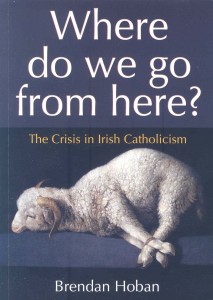 Changing perspectives are part of life.  Priests, at a meeting on emigration in Erris, Co Mayo, fifty years ago, recognised change in the advertisements for air travel on the wall behind them. But no one could have imagined the pace of change in the last half century or where the Catholic Church in Ireland would find itself a decade into the twenty-first century: sidelined, often ignored and sometimes despised. With  vocations in free-fall, practice in continuing decline, the authority of the Church diminished, Brendan Hoban asks the vital question, Where Do We Go From Here?  He argues that we need to acknowledge where we are, recognise our strengths and revisit the reforms of the Second Vatican Council (1962-65), which still offer a belated springtime for a Church in deep crisis.

About the Author
Brendan Hoban is parish priest, Moygownagh, Co. Mayo, and a founding member of the Association of Catholic Priests.