‘Will CDF Call Bishop Farrell to Account Over Ordination of Women?’ Tony Flannery 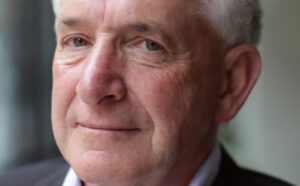 Sidelined Irish priest Tony Flannery has challenged the Church’s doctrinal watchdog, the Congregation for the Doctrine of the Faith, to say whether it will ask Bishop Dermot Farrell – Archbishop-elect of Dublin – to sign a document which states that “a baptised male alone receives ordination validly”.

“This is what I have been ordered to sign as a precondition of being ‘gradually’ restored to ministry,” insists Tony Flannery in a press release of Monday 4th, Jan 2021.

“The Archbishop-elect of Dublin, Dermot Farrell, in an interview with the Irish Times, said ‘he would like to see women becoming deacons in the church.’ He is reported as going on to say that ‘the biggest barrier to having female priests in the Catholic Church is probably tradition, not the Scriptures’.  In saying this he appears to undercut the main argument used by the Church against the ordination of women.”

Tony Flannery argues also that German Bishop Batzing, president of the German Bishops Conference has made similar statements recently re women’s ordination – and has also argued that church teaching on homosexuality should change also.  On this also Flannery’s refusal to sign a document affirming current church teaching is allegedly held by the CDF to be a barrier to Flannery returning to ministry.

Flannery concludes: “Given that  the opinions I have expressed on these matters are now being held and expressed by many people of all levels right across the Church, without any apparent sanction, I am curious to know how any Church authority, ecclesiastical or religious, justify and condone the sentences that have been imposed upon me?

The censuring of five Irish priests in 2012 – including Tony Flannery – occurred in the aftermath of shocking revelations of the failure of Irish bishops to prevent clerical abuse of children in state-financed residential institutions (the Ryan Report of 2009) and three Irish dioceses – Ferns (2005), Dublin (2009) and Cloyne (2011).

Fr Tony Flannery and other members of this censured group of priests had been outspoken on the mishandling of the clerical abuse issue, while comparatively few bishops globally have been censured or sanctioned by the pope for failure to protect children – and this issue has still not been resolved, according to Pope Francis’s own top adviser on the issue – Fr Hans Zollner SJ.

As yet, despite an instruction by Pope Benedict following the Ryan Report of 2009 to Irish bishops “to establish the truth of what happened” no such clarity has yet been achieved and no known church programme of inquiry or research has taken place.  Nor has there been published any research, sponsored by the Irish Bishops Conference, on the alienation of many from Catholic worship, especially in younger generations – since the abuse revelations began in 1994..