William Cavanaugh: Binary thinking on ‘Religion and Secularism’ has had its day 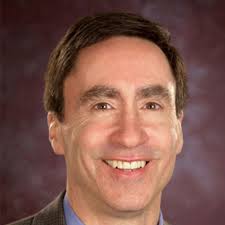 It makes no sense to say ‘secularism is good and peaceful’ while ‘religion is bad and violent’, says Catholic theologian William T. Cavanaugh.

To respond to critics who point to horrendous violence in the Soviet Union under Stalin, and in China under Mao Zedong, in the 20th century, those who argue for the non-violence of secularism have expanded their definition of what constitutes religion to embrace secular ideologies such as Marxism and Communism.  Why then shouldn’t the ideology of the nation state be included too, or the ideology of the free market – in the ‘religion’ category?

What has happened, he argues, is that the binary distinction between ‘religion’ on the one hand, and ‘secularism’ on the other, has lost all meaning – because if we say that those things that cause violence are all religious we cannot logically exclude any secular ideology that defends the use of violence – even liberal secularism – from the ‘religion’ category.

William T. Cavanaugh is a Professor of Theology at DePaul University, Chicago, where he has been teaching since 2010.

Click here for the short Wikipedia article on William’s published work so far.