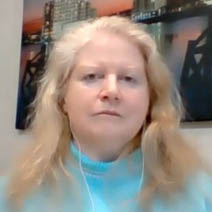 “The spiritual leadership of women depends on the witness, verity of courageous women. It depends as well on the honesty of conscientious men who will call on their own systems of Gospel truth”.

This was a keynote contribution to the synodal process in the diocese of Limerick in 2016 – relayed by Rose O’Connor in a Zoom event for ACI on September 30th, 2021.

In a detailed and positive account of the 2016 Limerick process Rose set an encouraging tone for the wider Irish synodal processes set to begin in October 2021.

The Limerick preparatory process had broken ground in gathering ‘vox pops’ from supermarket customers and university students. 60 Limerick parishes and 25 other groups had participated, and 4,000 questionnaires had been filled in. In all 1500 members of the diocese had engaged in discussion of the wide range of concerns raised.

Topmost came the need to foster community and a sense of belonging; the issue of faith formation; pastoral care of the family – and the need for new models of pastoral leadership.  These and other priorities, including youth involvement, are ‘work in progress’.

When it came to developing the role of women in the church Rose had chaired the Limerick working group on this issue.

A key conclusion from one contributor was that the advancement of women’s roles “depended on the parish priest and his willingness to engage in collaborative style ministry”.

This theme of the dependency of ‘synodality’ on collaborative clergy – given the limitations of canon law – was raised more than once in the ensuing discussion. Rose was at pains to stress the importance of trusting in the process as a means of overcoming the barriers to confidence that yet remain. The openness and frankness of the Limerick discussions had surprised those who participated, and enabled outcomes that had not been foreseen.

As the Limerick process took place years before the coronavirus pandemic, the problems and concerns identified in Limerick will have become more acute elsewhere by the time the 2021-26 process gets into gear. The success and experience already achieved in Limerick – and Killala – can surely be replicated and expanded elsewhere – when no alternative to ‘journeying together’ is on the horizon.

Rose was in agreement that the synodal process beginning in 2021 will need to push beyond the frontiers of what was seen as possible in 2016 – in advancing the role of lay people – and of women especially – in the church.