Words of Apology or Compassion ? 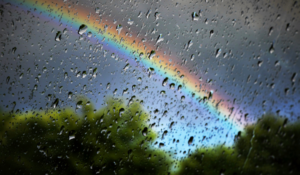 “When L.G.B.T. people look at the communion of the saints, we should be able to see someone who looks like us.“

This poignant  and powerful personal narrative by Jim McDermott, S.J., associate editor at America, the Jesuit Review in North America, is a nuanced  account of  the  complex, subtle and not so subtle oppression of LGBTQI+ catholics by the Church they grew up in.

This oppression has many forms, for example:

“Now, depending on how you were raised, just the fact that I am raising this as a problem might seem scandalous. Honestly, I instinctively feel that way myself, and I’m gay. No matter how much work Pope Francis, various bishops, clergy and others have done to try and normalize the place of L.G.B.T. people in the church, the fact is, for many Catholics of a certain age, being L.G.B.T. still seems wrong or disobedient.”

To empathise, and learn why LGBTQI+ Catholics  might need words of apology more than words of compassion, read his article in America here