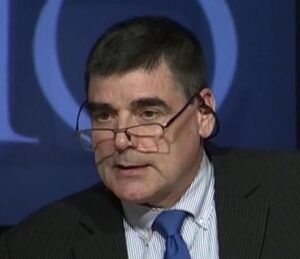 “Worldliness is the very heart of the Catholic Church’s crisis,” declared Michael Sean Winters on Sep 12th, 2018 – in an opinion article for the National Catholic Reporter.

Insisting that worldliness (social status seeking) – typically evident in the courting of wealthy members of the church by clergy for fund-raising purposes – was key to the rise of the disgraced US Cardinal Theodore McCarrick , Winters pointed out that this was precisely the fault pointed out by the New Testament letter of James, in the passage that was the second reading for the Mass of the 23rd Sunday of Ordinary time.

In that passage the writer protests at the making of distinctions between rich and poor by any Christian – pointing out that the kingdom of God was the gift of those who were rich in faith but poor in worldly wealth.

Winters links McCarrick to the ‘Papal Foundation’ – a US Catholic club for the ultra-wealthy.  A would-be member of this was required to pledge at least a total donation of $1 million over a ten-year period, with no annual donation falling below $100,000.  In return these members received the perk of access to the pope and his entourage in Rome – ‘ a kind of inculturated simony’ (Winters).

Winters also reports that another group of wealthy Catholic donors – ‘Legatus’ – is now withholding its usual donation to Rome out of purported concern for the recent allegations of Archbishop Viganó against Pope Francis and other high-level Catholic hierarchs.

” Is there any doubt that it is this Mammon worship day-in and day-out that in large part accounts for the fact that the opposition to Pope Francis is so overwhelmingly American? Yes, the latent Jansenism of the U.S. church is part of the story too, but more and more I am convinced that we Americans have become dull to the Gospel for the simple reason that it is good news for the poor and we are no longer poor.”