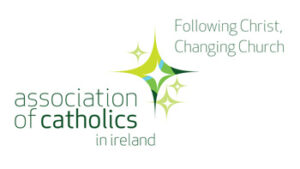 ACI pilot study highlights serious concern about active lay involvement in parishes and calls on the Irish bishops to commission a countrywide survey to identify the key issues prior to holding a national synod to discern the way forward for the church.

The Association of Catholics in Ireland (ACI) has carried out a pilot study among members to explore the extent of lay leadership in the Catholic Church and the role that the laity plays in parish leadership. The pilot study enquired into the role of pastoral councils; the prevalence of adult faith formation; the extent of family catechesis; and the source of and the reading of the Prayers of the Faithful at Masses.

The study was conducted on an all-island basis across 36 parishes. Highlights include: 67% had parish pastoral councils but 54% regarded them as ineffective; only 41% had adult faith development activities, though limited; 50% reported no encouragement for family catechesis; only 52% had lay-led prayer services in the absence of a priest; lay parishioners prepared the Prayers of the Faithful for Mass in only 17% of parishes but were read by laity in 54% of parishes.

ACI calls on the Irish Catholic Bishops’ Conference to commission a countrywide comprehensive professionally designed and administered survey with a view to identifying the key issues which will have to be addressed to ensure the survival of the Christian ethos in parishes across the country in the context of the diminishing numbers of priests and an ageing cohort of lay faithful attending church on a regular basis.

A full Diocesan Synod should be carried out in every Diocese across the country. The natural ‘next step’ would be to call a National Synod with the full involvement of the baptised lay faithful to discern a way forward which will seek to guide the church in Ireland in the years ahead, with the blessing and support of the Holy Spirit.

The Association of Catholics in Ireland (ACI) is committed to the pursuit of a reform and renewal agenda in the Irish Catholic Church based in the spirit of Vatican II. It is committed to helping to re-build (through words and deeds) a united Church based on the teachings of Jesus Christ – a Church that is inclusive, compassionate, accepts the equality of all believers by virtue of their baptism and acknowledges its failures.